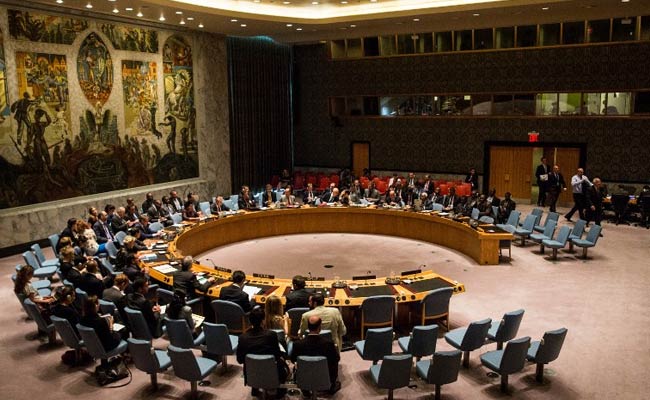 J L Koul Jalali
While world is still struggling to recover from worst effects of Covid pandemic, continuing war in Ukraine has once more demonstrated inability of United Nations Organisation to prevent the dangerous situations that confront the world at one time or the other. The war has rather confirmed ineffectiveness of UN Security Council to prevent wars and conflicts. A major factor responsible is lack of full representative character of the council. This calls for its urgent reforms to prevent wars particularly during present unstable times with highly disturbed geopolitical conditions.
Tracing the history of institutions established to streamline ever evolving geopolitical development of the world, the first enlightened attempt to prevent wars was establishment of League of Nations in 1919 after World War I. But its failure resulted in second World war which ended only after atom bombs were used. This awoke the world to destructive potential of atomic weapons even at that stage and aided by a strong desire for world peace, the present world body United Nations Organisation (UNO) was formed after world war II ended in 1945. Among host of other important functions, it was mandated to prevent and eliminate recurrence of wars through dialogue, discussion and diplomacy.
The Organisation has been beneficial to mankind in many ways, but looking back at its record during last over seventy seven years, there is not much to feel proud about. Mostly because of cold war politics and its failure to take bold united action, It could not prevent local and regional wars in Korean peninsula, Asia, Africa and even in Europe and Latin America. It could not stop Chinese aggression against India in 1962 and Cuban missile crisis between the then Soviet Union and USA.
Apart from cold war politics, a glaring example of lack of its full representative character has been India with over 1.40 billion population constituting about twenty per cent of total world population but with no permanent representation in security council, one of most important decision making organs of UNO. This is despite its highly responsible behaviour and distinguished services for the UNO organisation itself, and the fact that in June last year out of 192 votes cast in UN General Assembly,184 countries voted in favour of India for two year term of non-permanent membership of UN security council. Left unreformed for decades, the attitude of the world body towards and promptness and sincerity in attention to enormous problems and threats and deviant forces facing mankind has been almost inflexible.
In his address to 77th UN General Assembly on 24th September, External Affairs Minister of India Jai Shankar tore into this anomalous situation saying “reforming the security council is needed because it is currently anachronistic and ineffective and deeply unfair, denying entire continents and regions voice in the forum that deliberates their future”. He called for serious negotiations on the matter to be decisively addressed and for serious negotiations to proceed sincerely rather than being blocked by procedural tactics. He added that call for reformed multilateralism with reforms of UN Security Council at its core enjoys considerable support among members of United Nations. He pointed out that during these troubled times it is essential that the world listens to more voices of reason and experiences more acts of goodwill.
The dire need for UN Security Council reforms and restructuring the United Nations is felt more strongly all over the world even at grass roots level and in other fora. Over two hundred civil society groups have called for a world citizens initiative. we the peoples campaign for a UN world citizens initiative, a joint initiative of democracy without borders, civicus and democracy international have been working and pleading for same and similar causes.
Globalisation has not only brought the whole world closer but also made it more connected. There are now far greater possibilities of and awareness about evolution and development of human civilisation. This laudable human endeavour requires united and sincere action to face the threats facing mankind. The threats include pandemics, stockpiles of nuclear weapons, deadly biological weapons, climate change, natural disasters, terrorism, loss of control over artificial intelligence, serious imbalances in international trade in a globalised world, influence, intelligence, greed for power and a host of other threats.
Just some time before his death, world renowned Physicist Stephen Hawking pleaded for establishment of some form of world government as he apprehended that aggressive instincts of humans could lead to destruction of humankind and hoped that such a government could prevent impending doom. He emphasised the need to control this inherited instinct by our logic and reason. Though hopeful about future of humanity he apprehended that humans might not have skills as species to stay alive. He wanted humans to identify threats and act before they get out of control.
There is a greater realisation all over the world now about threats facing mankind. While urgent reforms of UN security council is the primary need of the time, but the fact that world requires a democratic global government and a world parliament can no longer be overlooked. After deeply restructuring the present world body, contours for such an institution could be laid for which member states will have to shed some shades of their sovereignty. Challenges facing mankind as also matters of economic and financial governance can be dealt with in a far better way by a global parliament. Such an institution will strengthen democracy, justice and equity throughout world and help in curbing fundamentalist and radical ideologies. Proper attention to all threats facing mankind could ensure safety of life on earth.
(The author is former IIS Officer, freelance Journalist/Producer)