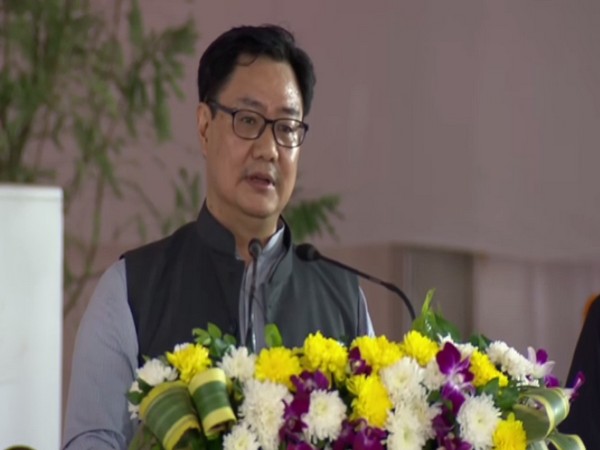 Kushinagar  : Minister of Law and Justice Kiren Rijiju on Wednesday said that with the inauguration of the Kushinagar airport, India has sent out a message across to the world that the birthplace of Lord Buddha, which is considered extremely important place in Buddhism is now accessible through an international airport. The Law Minister greeted the nation on the occasion of ‘Abhidhamma Day’ during his address at the inauguration event of Kushinagar International Airport in Uttar Pradesh. He said, “India has given a message to the world, that in the land, where the Lord Buddha was born and where he gave his final sermon. In order to reach that land, an airport has been opened” “By road one can reach Lumbini from Kushinagar in one and a half hours. Besides rail connectivity, road connectivity, now we have air connectivity also,” Rijiju said while talking about Buddhist tourism in the country. “Every Buddhist across the world dreams of coming to India once in a lifetime as Lord Buddha has walked the land of the country and preached his message,” he added. “Today is a very auspicious day. As today is Abhidhamma day and Valmiki Jayanti as well,” he stated. Earlier today Rijiju tweeted, “Greetings to all on ‘Abhidhamma Day’. On an auspicious day, Hon’ble Prime Minister Narendra Modi Ji will inaugurate Kushinagar International Airport. The sacred Buddha Relic is being taken to Kushinagar from Waskaduwa Sri Subuddhi Rajvihara Temple, Sri Lanka by the Mahanayake of the Temple”. The Kushinagar International Airport has been built at an estimated cost of Rs 260 crore. It will facilitate domestic and international pilgrims to visit the Mahaparinirvana Sthal of Lord Buddha and is an endeavour in connecting the Buddhist pilgrimage holy sites around the world. The airport will serve nearby districts of Uttar Pradesh and Bihar and is an important step in boosting the investment and employment opportunities in the region (Agencies)