E-Paper
Home National ‘UPA Plus Plus’ will form Govt at Centre: Pilot 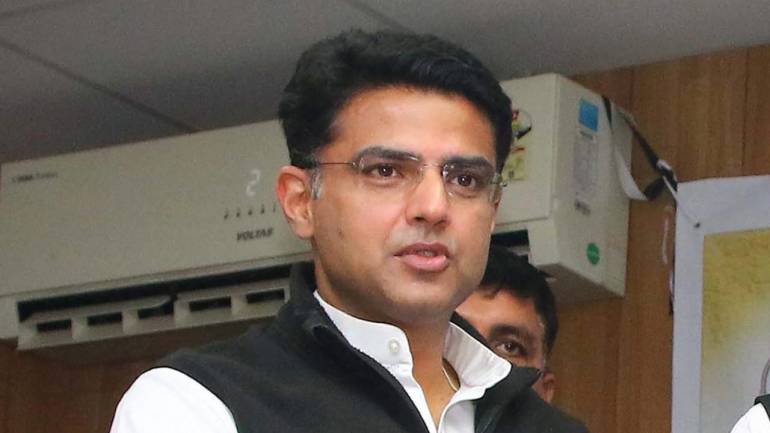 JAIPUR, Mar 10: Asserting that the Congress is “gaining momentum”, Rajasthan Deputy Chief Minister and state Congress president Sachin Pilot has exuded confidence that “UPA Plus Plus” will secure the mandate to govern in the coming Lok Sabha election.
He claimed the NDA is becoming weaker and the BJP, having lost three states in assembly polls last year, had to compromise to form coalitions for Lok Sabha polls.
The BJP lost power to the Congress in Madhya Pradesh, Chhattisgarh and Pilot’s home state, Rajasthan, in December.
“The Congress party is gaining momentum by aligning with many more parties in various states, therefore, the UPA Plus Plus will be a formidable alliance which will be defeating NDA in the coming Lok Sabha election,” Pilot said.
Raising questions on the performance of the Modi government, Pilot, a former Union minister, said it should make itself answerable on its performance to people.
“The current ruling dispensation is not confident enough of its performance. Therefore, Ram Mandir, other religious issues, cow vigilantism and love jihad were brought in from time to time to divert attention from the main issues.
“Lack of job in economy. Corruption is there. Autonomous institutions were weakened and attacked by Modi government. The government cannot hide behind other (religious) issues,” he said.
In Rajasthan, the PCC president said the party is fully prepared for the general election.
“Congress is very well prepared for the Lok Sabha election. Right after taking charge of the government in the state, we have started living up to the promises we had made, whether it is unemployment allowance or loan waiver,” he said.
“People are aware. We are doing it consciously and with a lot of sincerity. Unlike the BJP, there was no jumla, no false promises and actual work is seen on the ground. Organisation-wise, we have had discussions with booth-level workers and leaders in all LS constituencies in the state,” he said.
Pilot said the Congress will give tickets to “winnable candidates” and “we are hoping to get more young people”.
Targeting the state BJP leadership, he said there is a “sense of leaderlessness” in Rajasthan unit of the saffron party.
Rajasthan has 25 Lok Sabha seats and all of them were won by BJP in 2014 general election but Congress won bypolls on two Lok Sabha constituencies last year. Currently, BJP has 23 and Congress two Lok Sabha MPs from the state. (PTI)