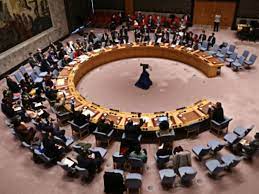 United Nations, May 4: The UN Security Council condemned “in the strongest terms” the continued heinous terrorist attacks targeting civilians in Afghanistan.
The council issued a press statement on Tuesday to condemn the terrorist attacks, including the attack against the Mawlawi Sekander mosque in Kunduz on April 22 which killed more than 25 people, and the attack against the Khalifa Sahib mosque in Kabul on April 29 which early reports said at least 30 people were killed and many others were injured.
The attacks followed several other recent attacks against civilians and civilian infrastructure, including in religious minority communities, across Afghanistan during the month of Ramadan.
“The members of the Security Council reaffirmed that terrorism in all its forms and manifestations constitutes one of the most serious threats to international peace and security,” said the statement.
They reiterated that any acts of terrorism are criminal and unjustifiable, regardless of their motivation, wherever, whenever and by whomsoever committed.
They reaffirmed the need for all states to combat by all means, in accordance with the Charter of the United Nations and other obligations under international law, including international human rights law, international refugee law and international humanitarian law, threats to international peace and security caused by terrorist acts.
(UNI)