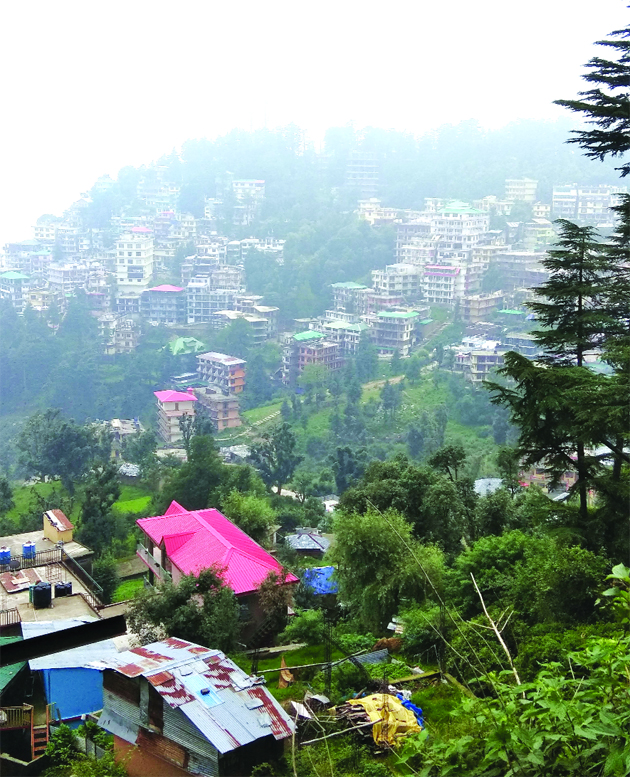 Abhishek Jandial
The cell phone rang and my voyage to Hills had been confirmed.
We bid good bye to our respective homes at the wee hours. On reaching Pathankot we finally chose to go to McLeod ganj next. Mcleodganj is a hill station near Dharamshala and is also known as “Little Lhasa” because of the large number of Tibetans residing there. The Tibetan government-in-exile is headquartered in McLeod Ganj.
As soon as our vehicle entered the curly and wet roads of hills, many scenic beauties swim into my Ken. The realm of middle Himalayas present in my eyes a pure serene be it the hilly bourn, the bloom of cherry trees,twitter of the rarely found birds sitting on the twigs,cold breeze aloft, gleam of white feathered clouds looming in sky endured my speculation on nature while sitting on the window seat of my vehicle.
When we reached the vicinity of Mcleodganj, the transcendence of God has been moulded with the nature to redeem the sea of devotees who have been there for spiritual satisfaction and inner peace. The Monasteries over there and the echo of Tibetan or Buddhist prayers filled a perfect bliss in our hearts. It had been raining before we arrived, making the leaves and roads both wet. We were climbing up on the way to Bhagsu fall when rain in no time gained its pace,made us to move under a rocky shed.The splendid view of waterfall surrounded by the winging white fog was overwhelming us.The splendor of nature made my friend Sandeep Anand , a Blogger and photography enthusiast, to capture the scenic beauty in his camera. As the even tide was approaching so we stepped down to our hotel. The descending sun too seemed to go back in its den with us.
The market there was shinning with the glittering light of shops. The dance of raindrops was visible in the head lights of vehicles passing by. The Bhuddist prayers broke the silence when the hill station was embraced with their chant.Before the darkness of night came to light, we had gone to the old St. Joseph Church in Wilderness, Dal Lake, Bagsu Nath and the famous Dalai lama temple.
Buddhist Monks were seen at every nook and corner passing by.Mcleodganj has become a Hotspot for Foreign tourists among which more than 70% are from Israel who come there to learn yoga art and other Indian practices that have bewitched them.The most popular place over there among Israeli tourists are Bagsu Nath and Dharamkot. Common spoken languages there are Tibetan, Hebrew(Israel), English and Hindi.Even Sign-boards in Hebrew have begun to pop-up in the area.
Again UNPLANNED we forwarded our trip.On reaching Dharamshala, my co-traveller friend Sandeep Anand took a decision to pick a bus for Dalhousie where even denser fog gave us a warm welcome.Dalhousie is a high-altitude town spread across 5 hills near the Dhauladhar mountain range in the north Indian state of Himachal Pradesh. The description of Dalhousie is incomplete without talking about Subash chowk and Gandhi Chowk where the statue of the respective leaders are erected.
At Subash Chowk, Francis Church presents a perfect example of the architecture of British Colonial Era. Another church St. John Church is also there in Dalhousie at some distance. Both these churches date back to British Colonial Era in 1800s.Another famous point Subash Bawli is a peaceful area with pine trees and panoramic views.Other attractions of this place are Dalhousie Public school, Khajjiar, Chamera Lake and Dam,Panchpula and Dainkund peak.
Walking on the narrow roads along the hills above the dense fog gave us a feeling of being at the height of more than two thousand meters. When asked from a Dalhousie dweller, he briefed us about Garam Sadak(Hot road) and Thandie Sadak(Cold road). He had a belief that Sun rises up from a mountain near Garam Sadak and sets down behind another one near Thandie Sadak. The lullabies in the cold lap of Nature unveiled a pleasure and adventure to our trip which we had finally locked in our camera before leaving homewards. 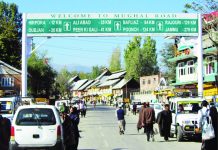 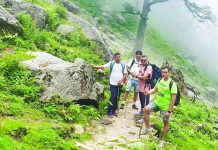 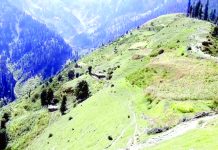 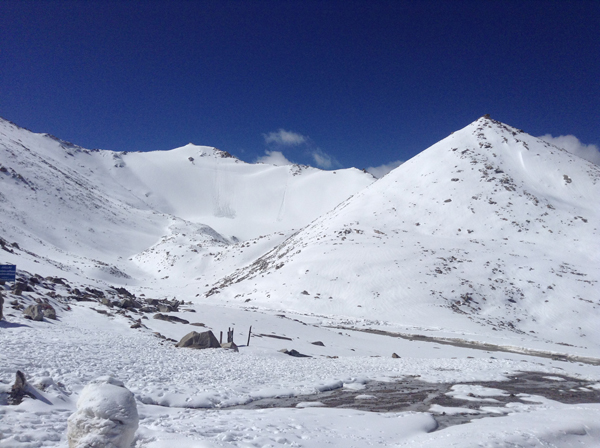 Spiritual journey from Kashmir to Kanyakumari