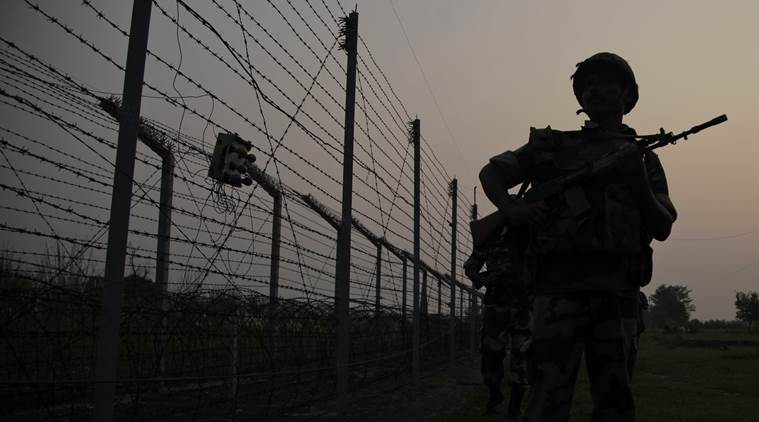 JAMMU, July 13: Thousands of educated unemployed youth residing along the International Border (IB) in Jammu, Samba and Kathua districts of Jammu region have been deprived of the benefits of reservation granted by the Union Government as the J&K UT Administration failed to issue necessary notification even after one year, with regard to the identification of villages covered and actual distance from the Zero Line.
The Union Government accorded benefit of reservation to the people living on the IB like those living along ALC, making amendement in the Jammu and Kashmir Reservation Act , 2004. The amendment came into force from Ist of March 2019 and the Union Ministry of Law and Justice notified the same in the Gazette of India on July 9, 2019 as ‘Jammu and Kashmir Reservation (Amendment Act) Act 2019’. But it is unfortunate to observe that even after one year of this notification by the Union Government the J&K UT Administration has failed to coduct necessary survey of the villages and issue necessary nortification in this regard.
Since the J&K UT Administration declared filling up of over 10,000 posts including 8575 posts of Class –IV category and 1889 of Panchyat Accounts Assistants in the Rural Development Department, the unemployed educated youth living in more than 300 villages, situated close to the International Border in Kathua, Samba and Jammu districts, shall miss the opportunity to get the benefits of the reservation granted by the Central Government. Tehsildars concerned have denied to issue certificates to the youth on the plea that J&K Govt has yet to issue a notification with regard to the identification of the villages and even it is not yet clear whether benefit has been accorded up to 5 kms or 10 kms from the zero line.
Thousands of hapless unemployed youth are moving from pillar to the post but they are told by the concerned Revenue officers that they are unable to issue the same till necessary notification in this regard is issued. Entire Arnia town falls within 3 kms of the IB, but not a single IB certificate has been issued by the Tehsildar concerned on the plea that status was not clear.
Ex-MLA Kamal Arora said that many youth approached him in this regard and then he took up the issue with the Tehsildar Abdul Majid Choudhary who claimed that necessary notification in this regard was awaited. He even told that there is still confusion whether 0-5 kms or 0-10 kms area has to be covered under this category.
Sarpanch, Vinay Kumar Sharma of Kot Punnu village of Marheen tehsil in Kathua district, said that youth of his area are being denied IB certificate by the Revenue authorities. He said for Army/CRPF recruitment purpose some youth were issued certificates, mentioning only distance from IB without mentioning village name. Vinay said his village falls within 5 kms of IB but no survey regarding identification of the villages/ hemlets has been conducted so far by the Revenue authorities in his tehsil.
Ex-MLC, Hiranagar, Subhash Gupta said no IB certificate is being issued in his tehsil by the Revenue authorities. He has taken up the matter with the SDM and DC Kathua as well. Gupta said a few youth were provided for Army recruitment purpose only. The officers have claimed that necessary notification in this regard after identifying villages is yet to be issued. The matter would be taken up with the higher authorities. He regretted the delay on the part of UT Administration and criticized the BJP leaders for patting their own back and not providing real benefits to the youth of Jammu region.
Former MLA from Vijaypur, Manjit Singh (JKAP leader) said that he took up the IB reservation certificates issue with the DC Samba. Even in Accounts Assistants recruitment, SSRB had not included this category. The Government was forced to include this category in the recruitment notification. He said many people of Ramgarh area approached him for denial of IB certificates by the concerned authorities and he was surprised to observe that UT administration forgot to issue necessary notification.
He said 27 villages from Ramgarh area fall within 10 kms of IB. For ALC category about 70 villages have been identified in Rajouri and Poonch districts by the Government and same has been done for the RBA category in J&K, but only IB has been left out, he regretted.
Former MLA Marh and NC leader Ajay Sadhotra said that in his area some youth were issued certificates for Army/ Paramilitary recruitment purpose only not identifying villages. The officers have only mentioned distance from IB of his place of living. He demanded that many unemployed youth from Jammu area are suffering and Govt must issue notification or suspend current recruitment till the notification is issued by UT Administrtation.
Deputy Commissioner, Samba Rohit Khajuria when contacted said after granting reservation to the people living close to IB last year, he started survey of the villages when he was DC Kathua. The report was perhaps prepared and forwarded to the higher authorities. He admitted that matter has come to his notice through public and Tehsildars as well. A necessary notification in this regard is awaited, Khajuria added.
Deputy Commissioner, Kathua, OP Bhagat, however, said he will get details about the villages identified in district Kathua as an exercise was conducted here before his joining in the district. But he maintained that some clarification in this regard is awaited and the Revenue officers are facing this problem. He assured to take up the matter with the Administrative department.
Financial Commissioner, Revenue, J&K, Dr Pawan Kotwal when contacted said he would take up the issue at the higher level and necessary notification in this regard, if needed, will be issued without any more delay. He claimed that educated youth of the border areas from Jammu, Kathua and Samba will be provided justice shortly.