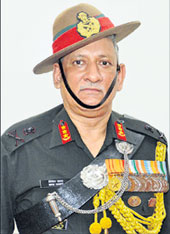 The delegation was on a visit to India from June 28-30 to thank it for its contribution to UN Peacekeeping.

“The delegation interacted with Defence Secretary, Chief of Army Staff as well as Raksha Mantri. They also witnessed an exercise with troops on UN Peacekeeping,” the official said. (AGENCIES)