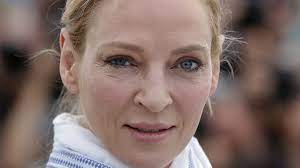 Los Angeles, June 3: Hollywood star Uma Thurman has been roped in to essay the role of US President Ellen Claremont in Prime Video’s romantic-comedy movie “Red, White & Royal Blue”.
According to Deadline, the film is based on the bestselling novel of the same name by Casey McQuiston.
Tony Award-winning playwright Matthew Lopez is directing from his own script, in his feature debut. Ted Malawer penned an earlier draft.
“I am overjoyed that Uma will be joining us to play President Claremont. Her intelligence, warmth, and humour are a perfect match for Casey’s iconic character. I cannot wait to be on our Oval Office set with her,” Lopez said in a statement.
The movie also features actors Taylor Zakhar Perez, Nicholas Galitzine, Clifton Collins Jr, Stephen Fry, Sarah Shahi, Rachel Hilson, Ellie Bamber, Aneesh Sheth, Polo Morin, Ahmed Elhaj and Akshay Khanna.
The story follows the Mexican-American character Alex Claremont-Diaz (Perez) who, upon his mother’s (Thurman) election as President, is promptly cast as the American equivalent of a young royal.
Greg Berlanti and Sarah Schechter will produce for Berlanti/Schechter Films, with Loopez, McQuiston and Michael McGrath serving as executive producers.
The film will start production this month in the UK. (PTI)