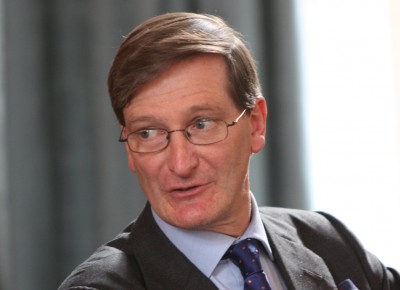 LONDON, Nov 28: British Attorney General Dominic Grieve has praised the diversity in the legal profession in London and the “excellence of lawyers from the Indian subcontinent” which has contributed greatly to the legal service industry in the city.

Speaking at the 30th anniversary reception hosted by Zaiwalla & Co Solicitors, the first Indian owned law firm in the city, the Attorney General praised the “goodness and professionalism” of the company, which he said had handled over 1,000 international arbitrations and represented many overseas governments and multinationals as well as private clients from overseas.

Acknowledging Sarosh Zaiwalla, founder of the company, as a pioneer in opening up the legal profession to diversity at a time when there were many racial hurdles, he said “even 100 years from now history will continue to remember this achievement” and paid tribute to the firm’s Indian connections and the contribution this had made to the good relations between India and the UK.

He said at the event in Cholmondeley Room of the House of Lords that Zaiwalla’s contribution over the last 30 years has made ties between UK and India stronger while lauding the “excellence of lawyers from the Indian subcontinent”.

Sarosh Zaiwalla acknowledged the support he had received in the early years from the Indian High Commission in London and recalled a time when he employed a young Tony Blair as Counsel in a case for the Government of India which was also the first case India had won in the House of Lords.

Zaiwalla and Co had acted for Bachchans in the successful Bofors Libel case and also acted for Sonia Gandhi, to stop a film being made on her life by an Italian producer, Zaiwalla said.

The event was attended by several English judges, Queens Counsels, Members of the House of Lords, and ambassadors and high commissioners from over 25 countries. (PTI)