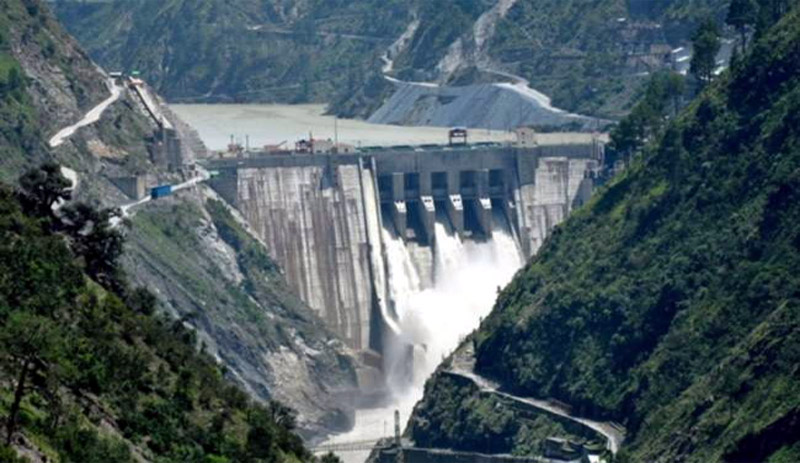 JAMMU, Sept 25: In a major embarrassment for the Jammu and Kashmir Power Development Corporation, the Expert Appraisal Committee (EAC) of the Union Ministry of Environment and Forests has refused to amend Environment Clearance for the Ujh Multipurpose Project as the Project Proponent has failed to submit adequate details and site specific study.
Moreover, the Committee has observed that the Central Water Commission (CWC) has yet not approved the hydrological data which was submitted by the Corporation to the Expert Appraisal Committee.
Official sources told EXCELSIOR that for the construction of Ujh Multipurpose (196 Mega Watt) Project in an area of 4350 hectares located at village Barbari in Kathua-Samba districts, the Ministry of Environment and Forests (MoEF) had granted Environment Clearance vide Letter F.No.J-12011/39/2014-IA dated March 18, 2021.
Recently, the Project Proponent—Jammu and Kashmir Power Development Corporation submitted an application for revision in Environment Clearance based on revised environment flows and informed the Expert Appraisal Committee that other components of the Ujh Multipurpose Project and Environment Impact Assessment (EIA) report remain same as per the earlier Environment Clearance.
It was also mentioned in the application that in the earlier EIA report submitted at the time of grant of Environment Clearance to Ministry of Environment and Forests by mistake 90% dependable flow series was taken for the year 1990-91 and environmental flows were calculated accordingly. However, the correct 90% dependable year is 1993-94 as per which environment flows have now been revised.
During deliberations on the proposal in its recent meeting, the Expert Appraisal Committee observed, “in the EIA report submitted earlier before this committee at the time of grant of Environment Clearance, it was mentioned that due to construction of proposed project diversion of water would be drying/reduction of flow in river stretch of 9 kilometers up to tailrace and there would be adverse impact on riverine ecology”.
It was also submitted at that time that depth water flow for the proposed minimum flow for 15 locations from proposed dam to 9 kilometers down-stream was estimated on the basis of average flow during 90% dependable year, the EAC further observed, adding “to ameliorate the riverine ecology in down-stream of dam up to 9 kilometers, we had recommended release of minimum environment flows based on survival of aquatic life”.
“In the current proposal, the proposed environmental flows by the Project Proponent is not adequate for survival of aquatic life in the down-stream of dam axis up to nine kilometers stretch”, the EAC has mentioned in the latest order, the copy of which is available with EXCELSIOR, adding “prior to modifying environmental flows the Project Proponent was required to conduct site specific study for proper assessment”.
Moreover, the hydrological data submitted by the Project Proponent has not been approved by the Central Water Commission (CWC) and even reservoir stability is required to be checked, the EAC said.
After detailed deliberations, the EAC observed, “partial information and insufficient data was submitted by Project Proponent, which along with the consultants should come prepared before any appraisal of proposal”, adding “the Project Proponent could not provide proper justification for the present amendment proposal”.
“The adequate flow in river decides the survival of many fish specifies including endangered Golden Mahseer and other aquatic animals and ultimately the stability of river ecosystem”, the EAC said and in view of inconsistency and inadequacy in the submission of details, the panel refused to amend the Environment Clearance.
It has asked the Jammu and Kashmir Power Development Corporation to submit the information vis-à-vis Central Water Commission approved hydrological series, which has been used for the design of the project and conduct site specific study for accurate assessment of environmental flow based on the ecological requirement of fish specifies in consultation with CIFRI.
It is pertinent to mention here that project envisages construction of 116 meter high (from river bed level) concrete gravity dam across river Ujh with an installed capacity of 196 MW. An underground/ surface power house is proposed with three units of 62 MW capacity each. A total of 3700 families in 52 villages are likely to be affected by this project.

PoK will be part of India in future: AoC-in-C WAC