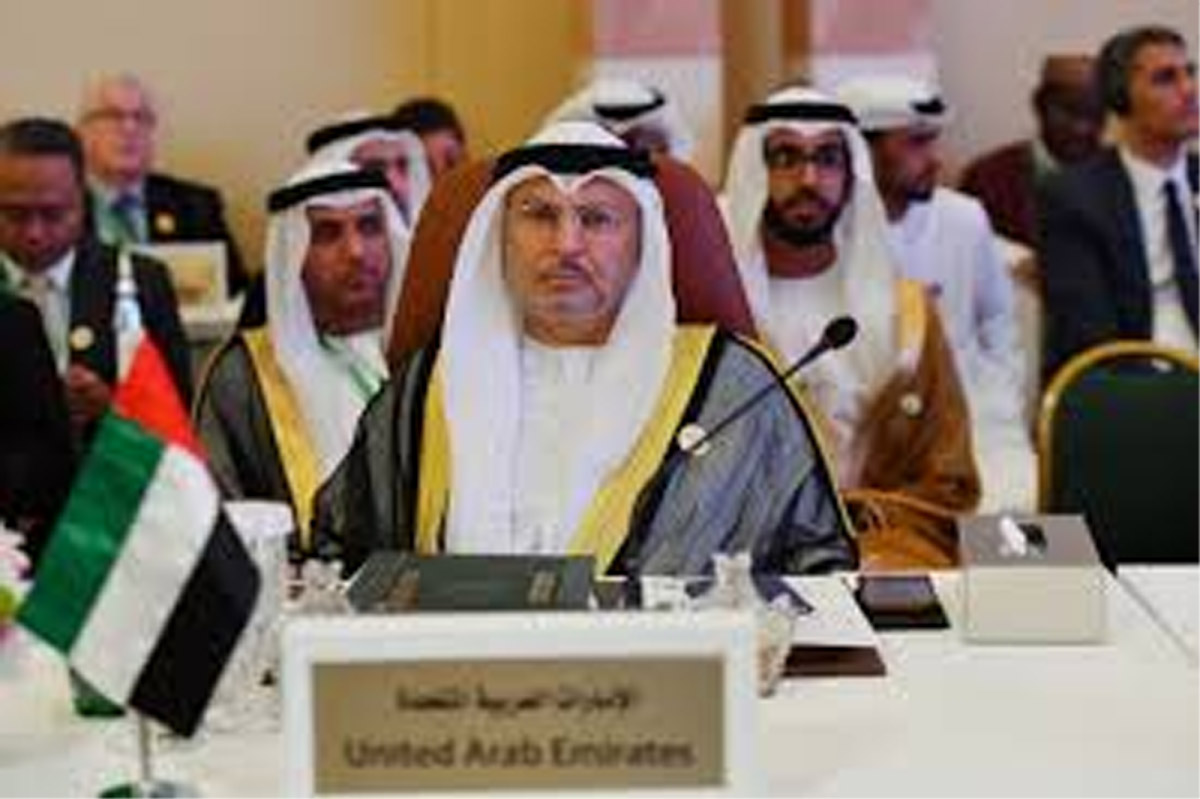 ABU DHABI, June 14: The United Arab Emirates said Friday that twin attacks on tankers in the Sea of Oman just weeks after four ships were damaged off the UAE coast marked a dangerous escalation”.

“The attack against the tankers in the Gulf of Oman is a worrying development and a dangerous escalation,” the UAE minister of state for foreign affairs, Anwar Gargash, tweeted after Thursday’s blasts.

Gargash also condemned a Yemeni rebel missile attack which wounded 26 civilians at an airport in southwestern Saudi Arabia on Wednesday.

He said the “blatant attack on civilians” was only the latest in a spate of rebel assaults “undermining the UN’s political work & sending a message of continuing violence & hostility”.

These developments “must spur the international community to act to maintain peace and security in the region”, Gargash said.

“The responsibility for avoiding an escalation is collective.”

The two tankers, one Norwegian- and one Japanese-owned, were set blaze in the Gulf of Oman off the coast of Iran on Thursday, escalating tensions across the region and sending world oil prices soaring.

US Secretary of State Mike Pompeo said there was strong evidence of Iran’s culpability, after US Central Command said it has seen an Iranian patrol boat removing an “unexploded limpet mine” from the hull of one of the vessels.

Iranian Foreign Minister Mohammad Javad Zarif charged that the US administration had “immediately jumped to make allegations against Iran without a shred of factual or circumstantial evidence”.

He accused it of seeking to “sabotage diplomacy” as Japanese Prime Minister Shinzo Abe visited Tehran in a bid to ease Iran-US tensions.

Thursday’s incidents came a month after four oil tankers — two Saudi, one Norwegian and one Emirati — were damaged in still unexplained attacks off the nearby UAE port of Fujairah. (AGENCIES)