E-Paper
Home Todays story Two years on, no headway on eviction of encroachers from one... 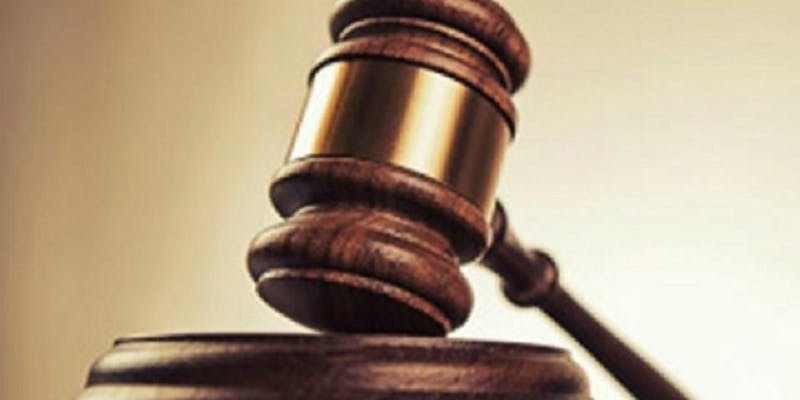 JAMMU, Nov 11: Incredible it may sound but it is a fact that administration has failed to make any headway on eviction of encroachers from one forest compartment situated in a village in Poonch district during the past two years and this has been viewed seriously by the Division Bench of the High Court headed by Chief Justice Gita Mittal, which has dubbed the situation as “deeply distressing”.
The issue of encroachments on 1400 kanals of forest land and non-serious approach of the Forest Department in removal of the same was brought before the High Court by the inhabitants of village Hari and others in Poonch district by filing a Public Interest Litigation (PIL) on July 6, 2017 and the same was admitted for hearing on October 4, 2017.
During the course of hearing, the concerned authorities informed the Division Bench of the High Court that there were approximately 127 encroachers on whom the first and second eviction notices had been served on November 21, 2017 and December 6, 2017 respectively that too after the filing of PIL.
On August 29, 2018, the Division Bench comprising of Justice Dhiraj Singh Thakur and Justice Sindhu Sharma was informed that responses were filed to the notices based upon which the authorities have to take an appropriate decision.
It was also submitted before the DB on August 29, 2018 by the Senior Additional Advocate General that some of the persons on whom notices were issued had produced documents claiming ownership of the land. It was thus requested that for concluding this process some time was required so that the genuine owners of land might not suffer and the same may not lead to unwanted litigation.
However, the DB in its August 29, 2018 order observed: “We cannot convince ourselves into believing that in all cases with regard to 127 persons, the Forest Department could have a difficulty in deciding as to whether he is an encroacher or a genuine owner of the land”.
While pointing towards order dated February 16, 2018 whereby Deputy Commissioner Poonch was directed to complete the process of verification as early as possible but not later than four weeks, the DB on August 29, 2018 further observed, “we are pained to see that despite the expiry of more than six months nothing fruitful has emerged. Accordingly, the Deputy Commissioner Poonch is directed to file detailed affidavit as to what precisely he had done in regard to the cases of 127 persons over a period of six months”.
On July 17, 2019, the DB directed the Deputy Commissioner Poonch and Senior Superintendent of Police Poonch to provide the requisite support to ensure the eviction of the unauthorized occupants and the relevant date on which the eviction drive was to be conducted shall not be later than one month.
When the PIL came up for hearing on September 4, 2019, the DB comprising of Justice Rashid Ali Dar and Justice Rajesh Bindal observed, “it is sad state of affairs that learned counsels for the State always seek time to apprise the court about the latest position as if the cases are listed only for adjournments”.
Few days back when the PIL again came up for hearing, the DB comprising of Chief Justice Gita Mittal and Justice Rajesh Bindal observed, “the important issue of eviction of 127 encroachers of forest land is pending in this court since 2017”, adding “the Deputy Commissioner Poonch in the status report dated September 18, 2019 has put blame on the prevailing law and order situation in the State particularly in district Poonch for not initiating action for removal of the encroachments”.
“The removal of the encroachers is one aspect of the matter and equally, if not more important, aspect is preservation of the existing land which is in the possession of the Forest Authorities. This has not even begun to engage the attention of the authorities”, DB said, adding “in this regard, not only should there be proper documentary records of the forest land maintained and preserved but also proper maps, videography of the land as well as protective measures as fencing/ putting boundary walls etc have to be examined wherever possible”.
The DB headed by Chief Justice remarked, “it is really deeply distressing to note that no measures are at all being taken to protect the forest land”. Accordingly, Chief Conservator Forest, Circle Poonch was directed to place a status report regarding the measures in this regard before December 18, 2019.
“In case aspects with regard to the preservation and maintenance of the forest cover have not been explored, the Chief Conservator Forest, Circle Poonch shall examine the matter and place a time bound action plan before this court within which all these steps shall be undertaken”, the DB further directed and said that the exercise shall be completed before the next date of hearing.
All this clearly indicates that two years is not sufficient period for the Forest Department to remove encroachments from one compartment only. If such is the approach towards 1400 kanals of land what could be the pace of removal of encroachments from forest land in other parts of the Union Territory of Jammu and Kashmir can be easily gauged.
The dilly-dallying approach in removal of encroachments in one particular village is notwithstanding the fact that on the directions of the Division Bench of the High Court copies of the orders were furnished to the Chief Secretary as well as Commissioner/Secretary to Government, Forest Department for strict compliance of the orders.