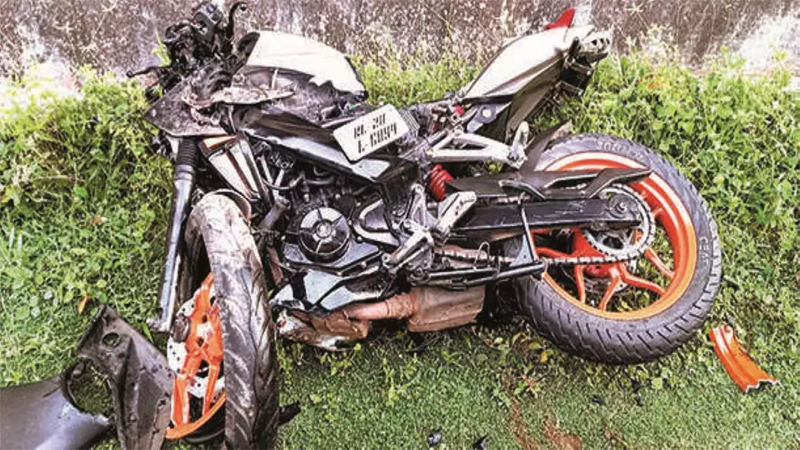 Excelsior Correspondent
JAMMU, Nov 26: Two teenagers were killed and as many injured today in the collision of two bikes in the jurisdiction of Police Station RS Pura.
According to the reports, two speeding bikes collided head-on this evening at Chak Mohd Yaar (R S Pura) on Dablehar Road, leaving the riders of both the two-wheelers and two pillions on one of the bikes badly injured.
The injured teenagers identified as Jatin Manhas (16) son of Jung Bahadur, resident of Dablehar (RS Pura), Chanpreet Singh (18) son of Dalbir Singh, resident of Chak Mohd Yaar, Sagar Singh (13) son of Mela Ram, resident of RS Pura and Mahrudra Pratap Singh (15) son of Balwan Singh, resident of RS Pura, were immediately rushed to Government Medical College and Hospital (GMCH) Jammu, where Jatin was declared as brought dead by the doctors.
Later at about 7:20 in the evening, Mahrudra Pratap Singh also succumbed to his injuries in the Hospital while condition of other two teenagers was stated to be stable in the Hospital when the last reports came in.
RS Pura Police have registered a case in this connection and started investigation while bodies of both the deceased were sent for postmortem.