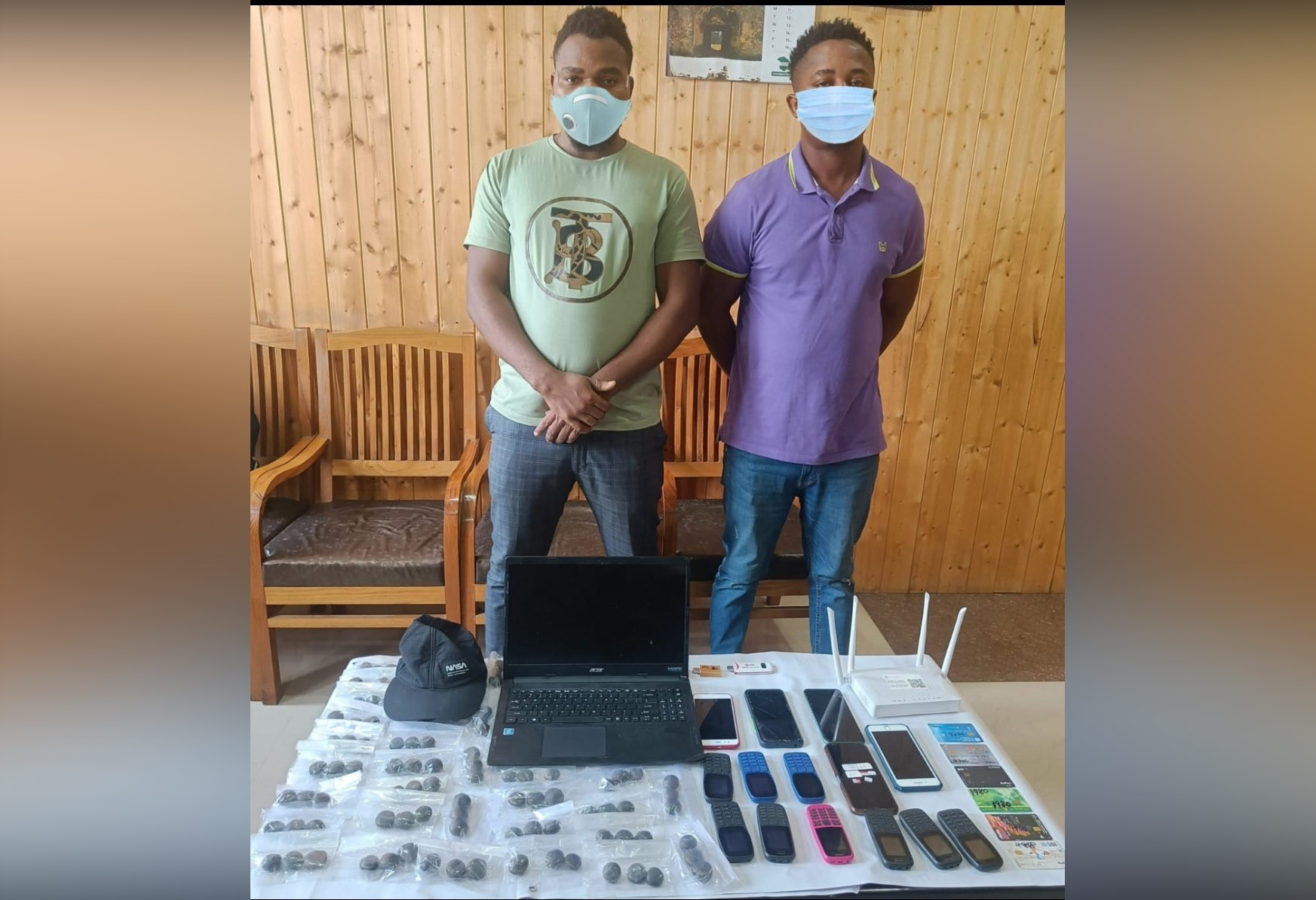 Srinagar, Jul 27: The Jammu and Kashmir Cyber Police arrested two Nigerian nationals from Delhi for allegedly duping a Kashmiri man of over Rs 36 lakh, police said on Wednesday.
Police received a complaint from a resident of Baramulla district alleging that while surfing Facebook, he came in contact with a user named T. Jessica who impersonated as a purchase manager of a renowned pharmaceutical company, a police spokesman said.
The Facebook user, a woman, enticed the complainant through messages that she has been promoted as a secretary in the said company and eventually asked him to start a business of kandu nut/palm seeds/sea nuts’.
The complainant was convinced/motivated by the accused by using fake offers, orders, high returns and emails etc to purchase the said product, the spokesman said.
Asking the man to purchase the product, the Facebook user forwarded the contact details of a seller named Jyoti T Kandu. After that a business conversation started between the complainant and Kandu for selling and buying of the nuts, he said.
The spokesman said the complainant was assured by the fraudster that the said nuts were valued very high in the pharmaceutical market owing to their medicinal benefits.
The complainant without knowing the plot behind the fraud invested a hefty amount of Rs 36.35 lakh by transferring the said amount in different bank accounts of the fraudsters and purchased 50 packets of kandu nuts, he said.
The spokesman said on receiving the consignment of 50 packets of kandu nuts, the complainant received a call wherein the caller introduced himself as someone from Mumbai Customs office and told him to deposit more money in order to be able to sell the nuts to pharmaceutical companies.
This created doubt in the mind of the complainant and he then tried to contact the provided contact details in order to verify the facts. However, he did not get any response and felt cheated/duped by the Facebook user, the spokesman said.
The complainant then approached the cyber police station, Kashmir Zone, Srinagar, and lodged a complaint, he said.
Accordingly, a case was registered and investigation was set into motion. It was found that the fraud has been done by the fraudsters under a highly technically built setup, the spokesman said.
The digital footprints of the accused persons, involved in the commission of offence, were tracked by analysis of bank accounts that have been used for siphoning money of the complainant. Besides, CCTV footages and analysis of suspect phone numbers by employing high-end technical investigative skills was also carried out, he said.
Subsequently, the spokesman said, two Nigerians were found involved in the offences and were tracked at Vashist Park Sagarpur, New Delhi.
After strenuous efforts and with the assistance of Delhi Police, a cyber police team was successful in nabbing the duo. They were identified as Isioma Steven and Collins, residents of Delta Agbor in Nigeria, and at present living at Vashist Park in Delhi, he said.
The rented accommodation was raided and thoroughly searched. During searches incriminating material including 14 cell phones of different make and models, a laptop, 14 SIM cards, a Wi-Fi router, a Wi-Fi dongle, six debit/credit cards and 45 packs of kundu nuts/palm nuts were recovered from their possession, the spokesman said.
Investigation into the case is going on in full swing and more recoveries and arrests are expected, he said. (Agencies)