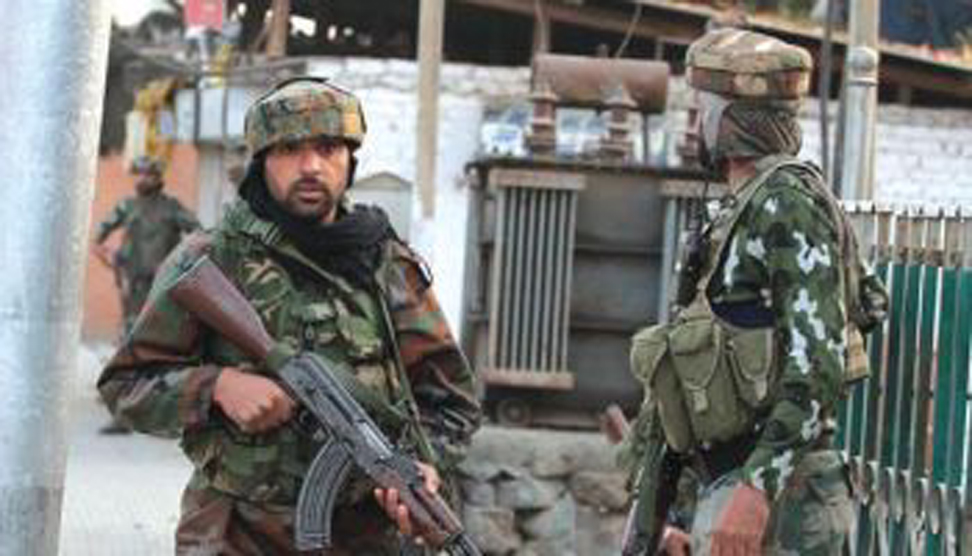 JeM militant arrested, LeT man joins mainstream
Fayaz Bukhari
SRINAGAR, July 16: Police today arrested two militants of Hizbul Mujahideen who were involved in the killing of a shopkeeper in North Kashmir’s Baramulla district while a Jaish-e-Mohammad (JeM) militant was arrested by Delhi Police and a Lashkar-e-Toiba (LeT) militant joined mainstream.
Police said, that the duo and their close friend Uzair Amin had decided to join militant ranks after the killing of the Sameer Ahmad Ahanger. “On the next day i.e 2nd July, 2019 Uzair joined HM outfit and Auqib Shalla also left for joining the group”, thay added.
Giving details of the case, police said that on June 30 this year at about 2045 hours, police station Baramulla reliably came to know that some unknown gunmen fired upon one Sameer Yousif Ahanger, 28, son of Mohammad Yousif Ahanger of Mohalla Mir Sahib Baramulla at Azadgunj Baramulla. He was seriously injured and was shifted to District Hospital Baramulla, wherefrom he was referred to SKIMS Srinagar for further treatment.
“During the intervening night of 30th June & 1st July, 2019 he succumbed to the injuries at Srinagar. After completing legal formalities dead body of the deceased was handed over to legal heirs for last rites,” police said.
“To the effect, case FIR No. 112/2019 u/s 307 RPC, 7/27 I A Act was registered at Police Station Baramulla and investigation were taken up. Accordingly, a Special Investigation Team was constituted headed by Additional Superintendent of Police, Baramulla”, police said.
They said that during the course of the investigation, many suspects were called for questioning including Aquib Bashir and Auqib Shalla of Chesti Colony Old Town Baramulla. “During interrogation, the duo confessed the killing of shopkeeper Sameer Yousif Ahanger at Azad Gunj Baramulla and on their disclosure a pistol has also been recovered which was used for the purpose,” police said.
Meanwhile, Delhi Police today arrested Jaish-e-Mohammad (JeM) militant, Bashir Ahmad, from Srinagar.
A resident of Sopore, he was arrested by police from Budshah Chowk area of Srinagar last evening. He was arrested in 2007 in connection with an FIR number 7/2007 under Sections 121, 122, 123 IPC and 14 Foreign Act which stands registered in Special Cell, New Delhi. He was released in 2013 on bail.
His family members said that he was a fruit vendor in Sopore since his release and suddenly Bashir received information through local police to attend the hearings in Delhi which he could not due to financial constraints.
Court in Delhi had issued warrant against Bashir as he failed to appear on number of previous hearings in connection with a more than 12-year-old case registered against him in New Delhi. A reward of Rs 2 lakh was announced for his arrest. His two associates Fayaz Ahmad and Majeed Baba, were arrested earlier this year.
In the meantime, police said that by the efforts of family, police and Army, a youth from Kakapora area of Pulwama district has shun the path of violence and joined mainstream. The youth was affiliated with LeT.