Excelsior Correspondent
JAMMU, Nov 21: Two persons were killed and three others were injured in separate road accidents occurred in city outskirts.
According to a police official, a load carrier (auto) bearing registration number JK02CA-0149 turned turtle at Purkhoo near Army Camp on Jammu-Akhnoor Road, late last night.
“In the mishap, three persons including driver of the auto received serious injuries. They were rushed to Government Medical College and Hospital (GMCH), Jammu, where one of them namely Shiva Singh (27) son of Laxman, resident of Qasim Nagar, was declared as brought dead by the doctors,” the official said.
He said the other two injured persons were identified as driver Darshan Singh (28) son of Bharat Singh of Kalika Colony (Bagh-e-Bahu) and Laxman Singh son of Fateh Singh of Qasim Nagar, Jammu. “A case has been registered in this connection at police station Domana and further investigation started,” the official added.
The official said that a 45-year-old man namely Nath Ji Dhar son of Shri Kanth Dhar of Jagti Nagrota, who was injured yesterday in a road accident at Jagti near Migrant Colony, succumbed to his injuries this morning during treatment in GMCH Jammu. Nagrota police has taken cognizance of the matter, he added.
He further informed that a bike rider namely Sunil Luthra (36) son of Manohar Lal of Rangpur (Tareva, Bishnah) was grievously injured after a two-wheeler he was riding, was hit by an unknown vehicle at Arnia. The injured biker was shifted to GMCH Jammu while Arnia police had taken cognizance of the matter.

Uncovered drain becomes cause of accidents 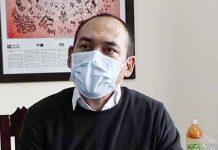 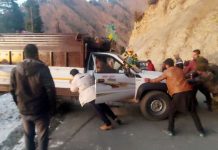 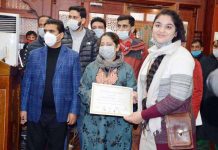 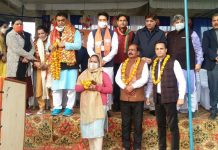 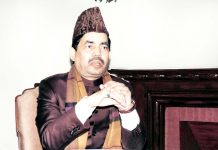 Article 370 not there now, it will never be: Shahnawaz