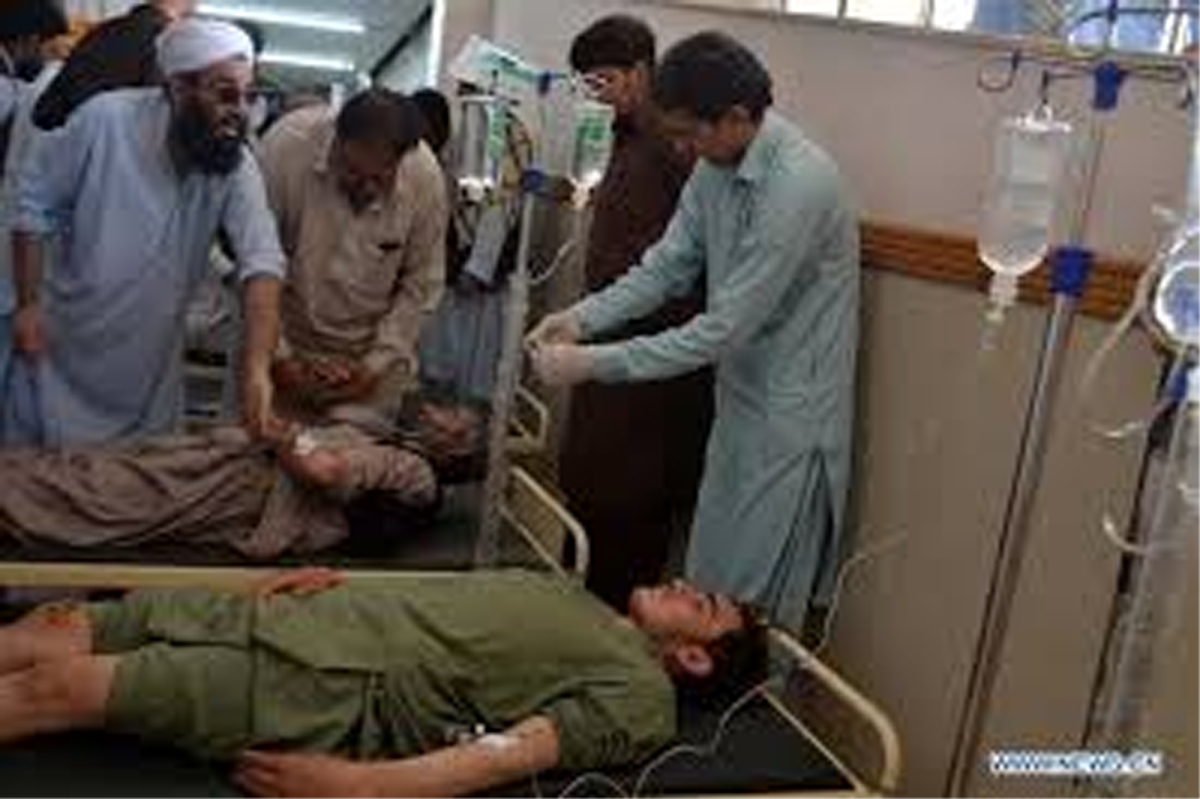 ISLAMABAD, July 24:A blast triggered by an improvised explosive device killed two people and injured 25 others in Pakistan’s southwest Quetta city on Tuesday night, hospital sources told Xinhua.
Condition of all the injured people shifted to hospital is stable, and the injured were being provided with best possible medical treatment, Waseem Baig, spokesman of Civil Hospital of Quetta, where all the injured were shifted, said.
The attack happened at the busy Eastern Bypass Road of the capital city of the country’s southwest Balochistan province, Deputy Inspector General Police Abdul Razzaq Cheema told local media, adding that the militants fixed the explosive materials in a motorbike and parked it outside a chemist’s shop before blowing it up.
General public seem to be the target of the militants who attempted to create panic in the area, by carrying out the explosion after a relative lull in such attacks in the area.
No group or individual has claimed the attack yet, but footprints of such incidents in the past were traced back to Baloch nationalist insurgents.
Quetta is included in the cities which used to be a hotbed of militancy in the country, but year-long military operations and the National Action Plan against the country’ militancy helped reduce terrorist activities to a great extent in the country including Quetta.
(AGENCIES)