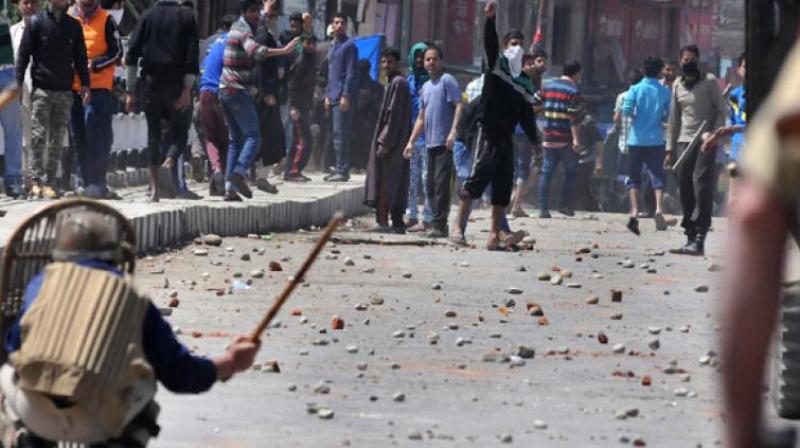 BHUJ (Guj), Dec 6: Two residents of Jammu and Kashmir including a minor, allegedly involved in pelting stones at security forces, have been detained in Kutch district of Gujarat, police said today.
Altaf Najar (23) and a 16-year-old boy were allegedly involved in attacking security forces, and three FIRs have been registered against them in J&K, said a senior Gujarat police official.
Following a tip-off, the two were detained from a guest-house in Bhuj town of the district a few days ago and have been kept under preventive detention till the J&K Police take their custody, said the official.
One of them is also facing a charge of attempt to murder, the official said, without giving more details. (PTI)