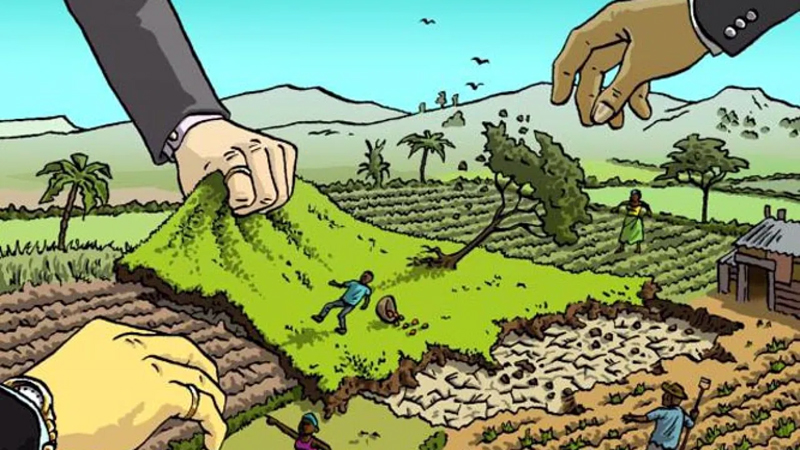 JAMMU, Dec 2: Two former Ministers, kin of an ex-MLA, Chairman of a Block Development Council (BDC), retired SSP and Divisional Engineer and businessman were among those whose names figured in the encroachment of State land in another list released by the administration today.
Congress leader and former Cabinet Minister Taj Mohi-ud-Din has encroached upon State land other than Roshni measuring 15 kanals and 16.5 marlas at village Sedow in Shopian district of Kashmir. The encroachment has also been confirmed in a report submitted by the Committee comprising Forest Department, Revenue and the Anti-Corruption Bureau dated 11-09-2020.
The Central Bureau of Investigations (CBI) has already registered a First Information Report (FIR) against Taj Mohi-ud-Din in Roshni case. Taj, who had represented Uri Assembly constituency in 2002 and 2008, is presently contesting the District Development Council (DDC) election from Uri.
Ghulam Hassan Khan, former Minister of State, Social Welfare Department, then a PDP leader, has encroached upon five marlas of land and constructed four shops at Hargam in Shopian district.
Muma, father of ex-MLA Wachi Mohammad Jabbar Mir and grandfather of ex-MLA Wachi Ajaz Ahmad Mir has grabbed six kanals of State land other than Roshni at Zainapora in Shopian.
The land was recorded in the Girdawari in the name of Gani, Abdullah Jabbar Sons and Jani, Saeeda & Fatima daughters of Muma Mir before expunging of illegal entries. As per the report of field agency, the land in question is not presently under physical possession of illegal occupant or his legal heirs but under the possession of Khala & Yousuf sons of Ama Ganie, Ghulam Ahmad & Rashid sons of Ahad Dobi and Gulzar Ahmad SIL, Rehman Dobi and Ghulam Hassan son of Sattar Dobi.
Dewarka Nath, a BDC chairman has encroached upon140 kanals and 18 marlas of land at Kahrah Balli in Jammu district.
Harpal Singh Pali, who runs 999 Fitness Club has encroached upon one kanal State land other than Roshni at Channi Rama in Jammu district where he is running the Club while retired SSP Sardar Khan has encroached upon four kanals of land at Sunjwan and constructed his residence there.
Abdul Sattar Rather, a retired Divisional Engineer, has encroached two kanals and 5 marla land at Channi Ramma and constructed Shopping Complex, Gaffil Market.
Dr Shouqat Choudhary, Gastroenterologist has encroached two kanals of land at Channi Rama for his private clinic.