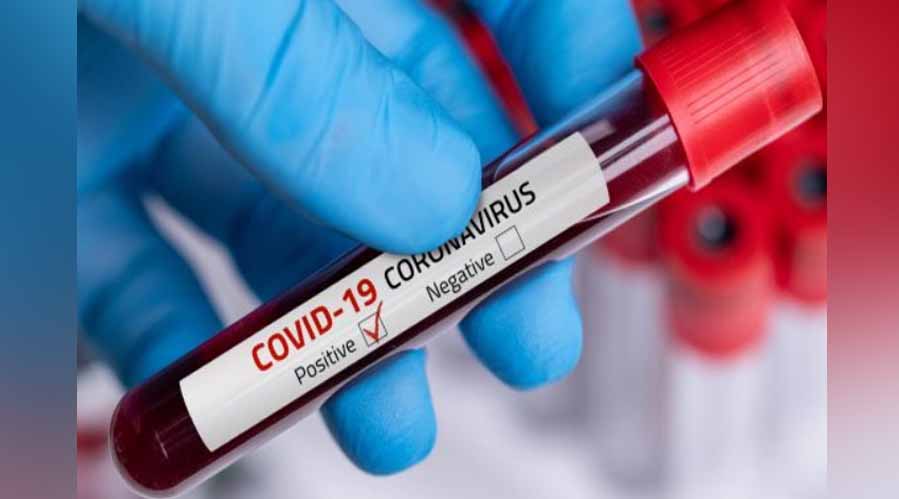 Excelsior Correspondent
JAMMU/SRINAGAR/ LEH, Apr 16: Two persons died and 1144 tested positive for COVID-19 in Jammu and Kashmir today as there was no let up in fresh cases with Srinagar and Jammu districts alone accounting for 407 and 223 positives respectively. The UT of Ladakh also reported 186 fresh Corona cases.

Clidk here to watch video
One Corona casualty each was reported from Jammu and Kashmir divisions. While there were 730 new cases in the Valley, the number was 414 in Jammu.
A 79-year-old woman from Ward No. 67 Lower Barnai in Jammu district died of COVID-19 and other complications in ASCOMS Sidhra today taking Corona toll in Jammu region to 759 and Jammu district to 396.
The Divisional Nutrition Officer (DNO) in the Directorate of Health Services (DHS) Jammu today tested positive for COVID-19.
Ninety three persons tested positive for the virus at Lakhanpur, the gateway to Jammu and Kashmir in Kathua district, the majority of whom were tourists and travelers. They include 25 from Uttar Pradesh, 10 Punjab, nine Haryana, seven New Delhi, six Jharkhand, five Bihar and two each from Rajasthan and Kerala. Twenty seven belonged to J&K. A total of 4300 persons were tested at Lakhanpur.
Meanwhile, the district administration today lifted restrictions in and around Jammu University allowing the JU authorities to resume routine administrative work as RT-PCR samples of the persons declared Covid positive in recent rapid antigen testing on the campus had turned out to be negative.
Consequent upon lifting of the restrictions, JU has also ordered resumption of the Examination Wing and Administrative offices in the university campus for their normal functioning from Monday even as offline teaching activities shall continue to remain suspended.
The area in and around JU was declared as micro-containment zone on April 10 after a large number of university students and employees were declared Covid positive in rapid testing on the campus. However, all those declared positive turned out to be negative in RT-PCR check and the Excelsior had carried an exclusive report in this regard in today’s edition.
Of 414 positive cases in Jammu region, the Jammu district accounted for 223 followed by Reasi 43, Rajouri 33, Kathua 32, Udhampur 29, Samba 23, Ramban 11, Doda 10, Poonch six and Kishtwar four.
As many as 161 persons today recovered from the virus including 60 in Jammu district, 32 Udhampur, 21 each Kathua and Kishtwar, eight each Doda and Samba, five each Rajouri and Poonch and one in Ramban district.
With today’s positives, Jammu region’s Corona count has reached 57534. Number of active positive cases is 4123 while 52652 persons have recovered from the virus and there have been 759 casualties in the region.
Among the casualties, Jammu district has highest 396 followed by Doda 64, Udhampur 58, Rajouri 56, Kathua 53, Samba 43, Poonch 28, Ramban 23, Kishtwar 22 and Reasi 16.
Meanwhile, the district administration Jammu today declared Lane No. 21, Greater Kailash as micro-Containment Zone in view of COVID positive cases reported from there.
In Ladakh, 186 COVID positive cases were reported including 166 in Leh and 20 in Kargil.
This has taken Ladakh’s Corona count to 11464. Among them, 1165 are active positive cases while 10167 have recovered and there were 132 casualties—88 in Leh and 44 in Kargil.
Meanwhile, Kashmir today reported 730 COVID-19 positive cases while one person died in the Valley.
Those who tested positive include 407 from Srinagar, 89 Baramulla, 97 Budgam, 45 Pulwama, 11 Kupwara, 30 Anantnag, 12 Bandipora, 5 Ganderbal, 33 Kulgam and 1 from Shopian.
With these fresh cases, the number of cases in Kashmir division has reached 86,487 including 78,701 recoveries and 1,289 deaths.
The number of active cases in Jammu and Kashmir are 10,620 including 6,497 from Kashmir division.
With 562 more recoveries, the tally of total recoveries in Jammu and Kashmir has reached 131,353 which is 91.20 percent of the total cases.
As the cases rise in Srinagar, District Magistrate Srinagar Dr Aijaz Assad today notified three more localities as micro-containment zones. “Not a good News. 3 Clusters of positive cases declared as Micro containment Zones: BB Cant, Mukhdam Mohalla Batpora, Beigh Mohalla Aloochi Bagh. Let’s fight to contain the Containment Zones (sic.)”, tweet reads.
In the meantime, amid spike in COVID-19 cases across J&K, the Board of Technical Education (BOTE) today postponed all examinations till further orders.
“All principals and students are notified that the examinations in all Polytechnic Colleges of 1st, 3rd, 5th and 6th semesters scheduled as per the already notified date sheet are postponed due to the present COVID-19 situation in the UT of Jammu and Kashmir,” Engineer Mahmood Ahmad said in an order issued today.
And authorities in North Kashmir’s Bandipora district today booked a shopkeeper and sealed his shop for opening and running his business unit despite being COVID-19 positive.
The shopkeeper was advised to remain in strict isolation at his home after he tested positive for COVID-19. However, he was found running his own shop in Kaloosa area of Bandipora.
The authorities immediately swung into action and sealed his shop and booked the person under the provisions of the Disaster Management Act, 2005, and Epidemic Disease Act for violating the home isolation norms and endangering the lives of others.