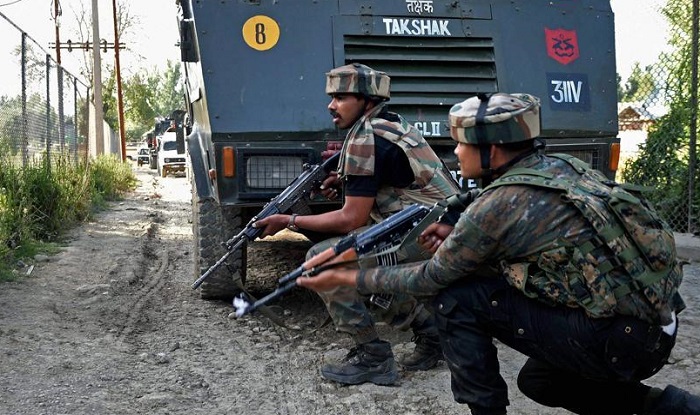 NEW DELHI: Two Assam Rifles personnel were killed and four others injured during a gunfight with a group of militants in Mon area along the Indo-Myanmar border in Nagaland on Saturday, military sources said.

A column of Assam Rifles jawans on two vehicles encountered an IED (Improvised Explosive Device) blast in the area around 1:30 pm, they said.

The blast was followed by exchange of fire between the Assam Rifles personnel and militants in which two soldiers were killed.

They said four other Assam Rifles personnel were injured in the gunfight and they were given immediate medical treatment, sources said, adding they are stable now.

The incident took place near border pillars 147 and 148 along the Indo-Myanmar border, sources said. (AGENCIES)