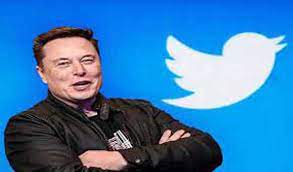 CALIFORNIA, Dec 4:Twitter chief Elon Musk believes that the inside story of how Twitter suppressed the “Hunter Biden laptop” bombshell scoop just weeks before Joe Biden’s election is equivalent to meddling in the 2020 poll.
“If Twitter is doing one team’s bidding before an election shutting down dissenting voices on a pivotal election that is the definition of election interference,” said the billionaire, who acquired the microblogging site on October 27, 2022 for USD 44 billion.
The Tesla and SpaceX CEO, participating in a ‘Twitter Spaces’ audio event on Saturday, added: “Frankly, Twitter was acting like an arm of the Democratic National Committee, it was absurd.”
Musk was weighing in on the first instalment of the so-called “Twitter Files” which he had teased earlier and that was dropped on December 2 after Musk had provided investigative journalist Matt Taibbi with the social media platform’s internal documents.
The world’s richest man explained his decision to dig deep into the Twitter archives to lay bare how the company suppressed a damaging story regarding US President Joe Biden’s son, saying: “It’s just obvious there’s been a lot of control of information, suppression of information, including things that affected elections, and that just all need to be…you just want to have the stuff out there.”
“This is not a North Korea tour guide situation, you get to go anywhere you want, whenever you want, however you want. I’m not controlling the narrative,” the tech guru, who said he had joined the chat via a Starlink satellite connection from his private jet, underscored.
In late November, Musk vowed that under his guidance, ‘Twitter 2.0’ would be “far more effective, transparent, and even-handed.” At the time, he similarly claimed that Twitter “failed in trust and safety for a very long time and has interfered in elections.”
Originally run by The New York Post on October 14, 2020, the exclusive story first hinted at a corruption scheme allowing Hunter Biden to peddle access to his father Joe Biden (while the latter was serving as Barack Obama’s vice-president) to businessmen and women from a host of foreign entities.
The details, contained in over 200 gigabytes of data, including nearly 130,000 emails, text messages from Hunter Biden’s iPhone, photos and videos, and other files were discovered on the damaged MacBook Pro he had left at a computer repair shop in Wilmington, Delaware.
Reporting on Hunter’s alleged shady dealings with foreign businessmen was swept under the carpet by mainstream media, and denounced as a “Russian disinformation” scheme.
It was censored by Facebook and Twitter. However, subsequent investigations by US law enforcement and media outlets would confirm the story was not the result of hacked material.
The first instalment of the “Twitter Files” elicited a swift response from the Republicans, including House GOP leader Kevin McCarthy, Senators Rand Paul and Josh Hawley.
McCarthy vowed that once House Republicans officially take majority control of the lower chamber, in January, they intended to “get answers for the American people and the accountability they deserve.”
In mid-November, House Republicans announced a criminal probe into the Biden family.
(UNI)