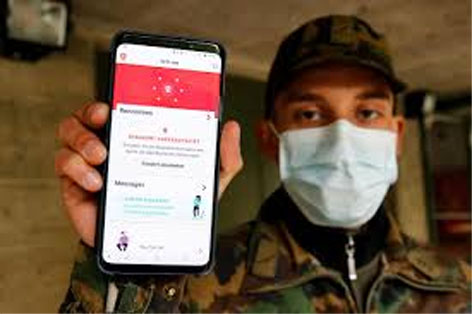 WASHINGTON, Aug 1: Some 20 US states are looking to adopt a new Google application developed with Apple to trace novel coronavirus carriers and 16 countries are already using it, Google Vice President David Burke said in a company announcement.

“In May, we partnered with Apple to launch the Exposure Notifications System (ENS) and made it available to public health authorities around the world in their fight against COVID-19,” Burke said on Friday.

The ENS allows public health authorities to develop applications that aid and improve human contact tracing efforts while preserving the privacy of citizens, the announcement claimed.

“As of today, public health authorities have used ENS to launch in 16 countries and regions across Africa, Asia, Europe, North America and South America, with more apps currently under development. In the United States, 20 states and territories – representing … 45 percent of the US population – are exploring apps based on ENS,” the announcement said.

Google expects to see the first set of the apps roll out in the next few weeks and the Association of Public Health Laboratories has said it will host a national key server to support all US states, the announcement added.