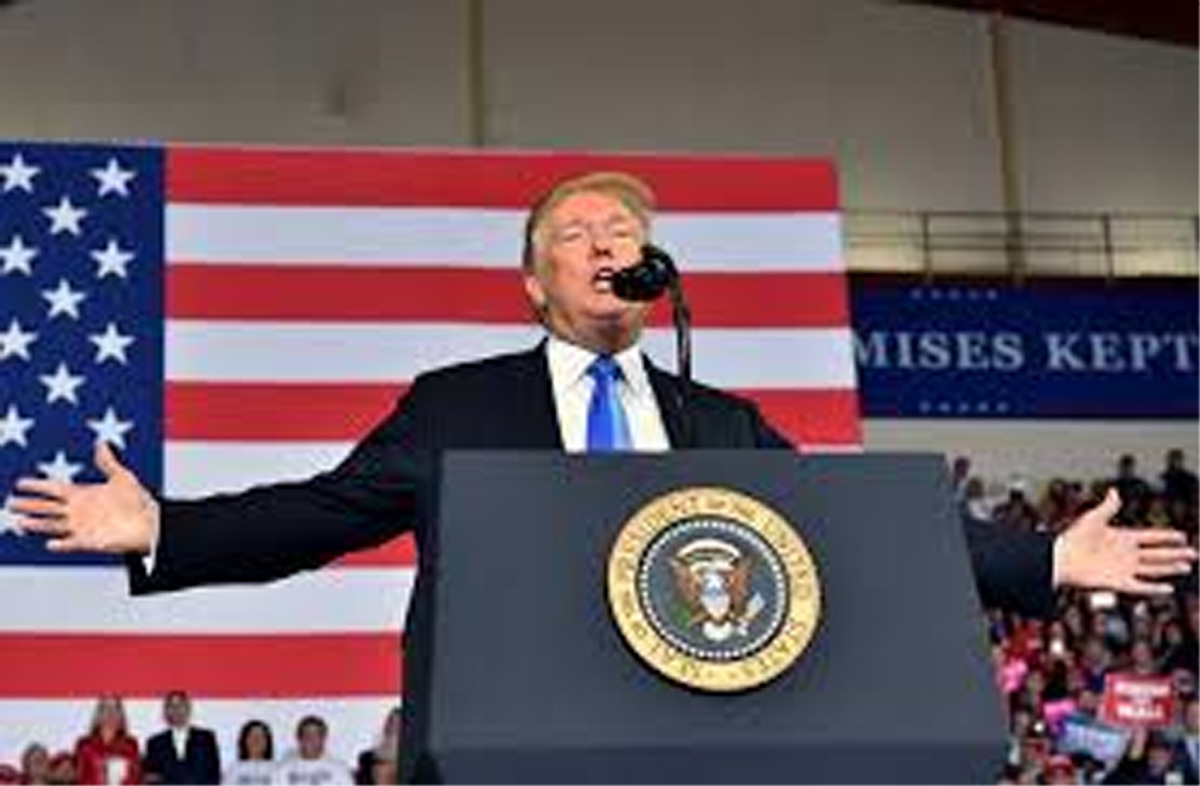 WASHINGTON, Oct 29: US President Donald Trump on Sunday blamed the “fake and dishonest” reporting by the media for creating an atmosphere of hatred in the country and not his administration or the Republican party.
“The Fake News is doing everything in their power to blame Republicans, Conservatives and me for the division and hatred that has been going on for so long in our Country,” Trump said in a late-night tweet.
“Actually, it is their Fake & Dishonest reporting which is causing problems far greater than they understand!” said the US President.
A large section of the mainstream media has been blaming rhetoric of the President for creating a divisive atmosphere in the country; which they say has resulted in tragic incidents of hate crimes like the mass shooting in a Pittsburg Synagogue that killed 11 people and sending of as many as 13 mail bombs addressed to former and present high-level officials including the former US president Barack Obama.
Vice President Mike Pence in an interview said that the violence cannot be linked to Trump.
“Look, everyone has their own style, and frankly, people on both sides of the aisle use strong language about our political differences, but I just don’t think you can connect it to threats or acts of violence,” Pence told NBC News in an interview.
“And I don’t think the American people connect it,” he said. (PTI)