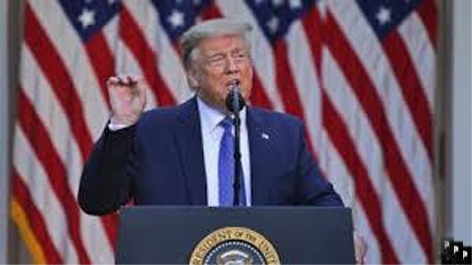 Washington, July 2: US President Donald Trump said on Wednesday that many intelligence officials think that the alleged Russian bounties for US troops in Afghanistan never took place.