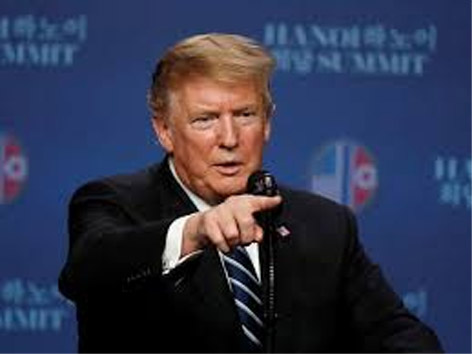 Washington, Apr 30: Lashing out at the opposition Democrats and the mainstream media for allegedly spreading disinformation about the Trump administration, a top campaign official on Wednesday asserted that the President has shown true leadership during the current coronavirus pandemic.
The US has reported 1,039,909 COVID-19 cases and 60,967 deaths due to the disease.
“President Trump has shown true leadership during the current crisis, even as radical Democrats and the mainstream media attack his administration with lies and disinformation,” said Kimberly Guilfoyle, the national chair of Trump Victory Finance Committee during a virtual panel discussion on “Women for Trump: Empower Hour” organised by the Trump Campaign.
“President Trump has delivered on his promises for all Americans – especially women – and will continue to do so for four more years,” she said during the panel discussion, which among others was addressed by and National Co-Chairs of the Women for Trump Advisory Board Dr Gina Loudon, Katrina Campins, and Madison Gesiotto.
The panel discussed Trump’s actions on the coronavirus and re-open the American economy, as well as how the President’s leadership has benefited women across the country, said a media release issued by the Trump campaign.
“Every day it becomes clearer that Joe Biden is unfit to serve as President of the United States,” said Dr Loudon. “Only President Trump has the strength and stamina to defeat the coronavirus, defend our constitutional liberties, and bring our economy roaring back.”
Campins said Trump has made a point of uplifting women since the beginning of his career. “The advances that we have made during his presidency are a testament to that fact,” she said.
“As Joe Biden and the radical left attempt to use this crisis to take away the constitutional rights of every American and enforce socialism, President Trump is tirelessly defending our health, safety, and freedom,” said Gesiotto. “When the American people re-elect President Trump, we will be ensured four more years of ‘Promises Made, Promises Kept’.” (PTI)