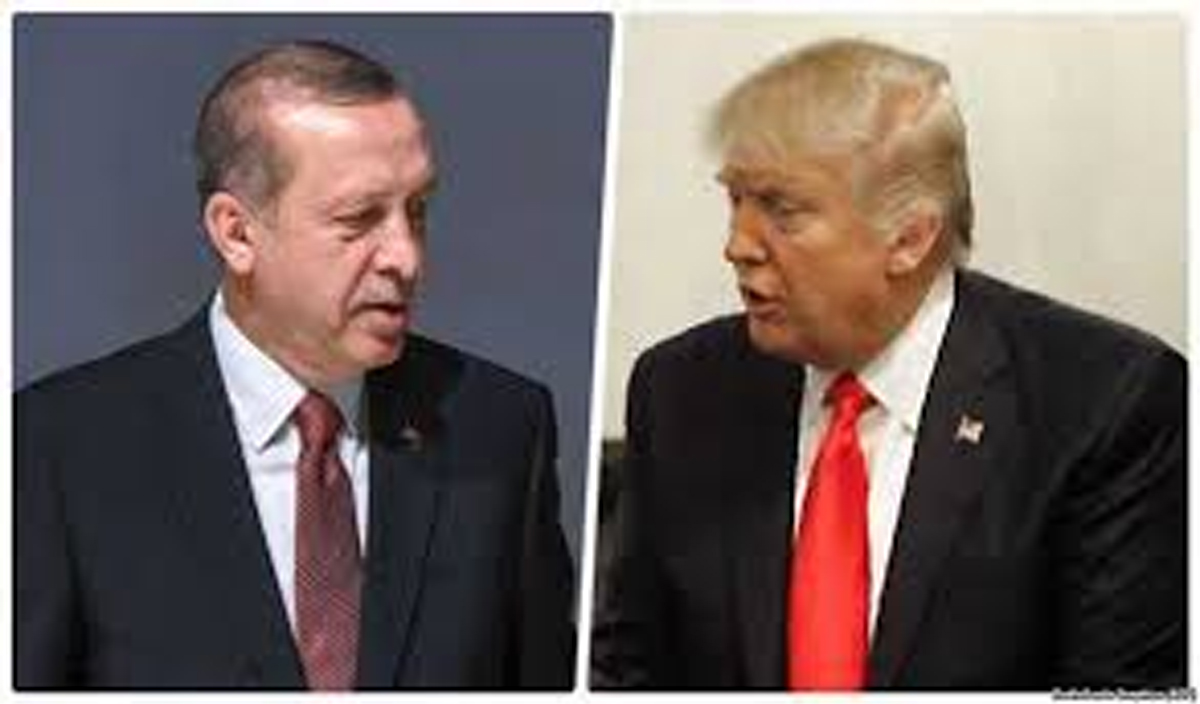 ANKARA, Dec 24: In what is being called as the “long and productive” conversation between the Turkish President Recep Tayip Erdogan and his US counterpart Donald Trump late on Sunday the two leaders agreed to ensure coordination between military, diplomatic and other officials of the two countries to prevent an authority vacuum that could cause abuse of the pullout and transition process in Syria.
US President Donald Trump said that he held a “long and productive” conversation with the Turkish President Erdogan on Sunday, during which they discussed “expanded” bilateral trade and the planned pullout of US troops from Syria.
“I just had a long and productive call with President Erdogan of Turkey. We discussed ISIS, our mutual involvement in Syria, & the slow & highly coordinated pullout of U.S. troops from the area. After many years they are coming home. We also discussed heavily expanded Trade,” Trump tweeted.

Earlier on Wednesday, the United States made the decision to pull out its forces from Syria in full coordination with Turkey in order to avoid unintended clashes, but stressed that it did not mean the end of the US-led international coalition’s fight against the Islamic State (ISIS) terror group.

While expressing his pleasure over the steps taken by the US administration regarding the fight against terror in Syria, President Erdo?an stressed that Turkey is ready to provide any kind of support to the US, Turkey’s NATO ally, within the context of this decision.

‘Today we have made an efficient phone call with Mr. President @RealDonaldTrump, who agreed to increase our coordination on many issues from trade relations to developments in Syria. I wish our meeting would be beneficial for our countries and our region.’, Erdogan tweeted.

The US announcement about the withdrawal from Syria followed Trump’s another tweet, in which he declared the IS defeat and added that this fight was the only reason for US military presence in the Arab republic during his administration. Trump added on Saturday that “local countries,” including Turkey, should be able to easily deal with remaining members of the IS in Syria after the US pullout.