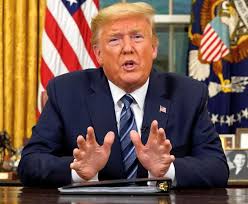 Washington, Nov 21: The Trump administration has done everything statutorily required under the Presidential Transition Act, the White House said on Friday, asserting that a constitutional process is being played out to determine the winner of the November 3 elections.
Former vice president Joe Biden was declared the winner of the US presidential election on November 7 after flipping Pennsylvania, Michigan and Wisconsin to the Democrats’ column.
Biden now has 306 electoral votes to Trump’s 232 votes. To win the race to the White House, the successful candidate should have at least 270 electoral votes out of the 538-member Electoral College.
“There is a Presidential Transition Act that determines exactly what an administration needs to do in advance of an election. And we have done everything statutorily required, and we will continue to do that,” White House Press Secretary Kayleigh McEnany told reporters at a news conference.
Trump has refused to concede the November 3 election and has filed multiple lawsuits challenging the poll results in several states.
“What I am describing to you is a massive fraud,” former New York mayor Giuliani told reporters at a Capitol Hill news conference on Thursday as he and other attorneys gave an outline of their legal case that they are going to pursue over the next few weeks.
In the absence of certification of the election and conceding by President Trump, the General Services Administration (GSA) has refrained from taking the steps necessary to ensure smooth transition of power to the incoming administration, including the release of over USD 9 million for the Congressional-mandated transition team.
“The GSA will make the determination of ascertainment at the right moment. Right now, there is a constitutional process that is being played out. There are questions being asked in court. But the GSA will determine when ascertainment is reached,” McEnany said in response to a question.
There is ongoing litigation, she said.
“What we know, 74 million Americans voted for this President, that is more votes any President has got in history. It is really extraordinary. There are very real claims out there that the campaign is pursuing — 234 pages of affidavits publicly available in one county alone; that is Wayne County. And two individuals in the canvassing board there that have declined to certify,” she said.
“…These individuals deserve to be heard. This was a system that had never been tried in American history: mass mail-out voting. It is one that we have identified as being particularly prone to fraud. So those claims deserve to be pursued,” McEnany added.
(PTI)