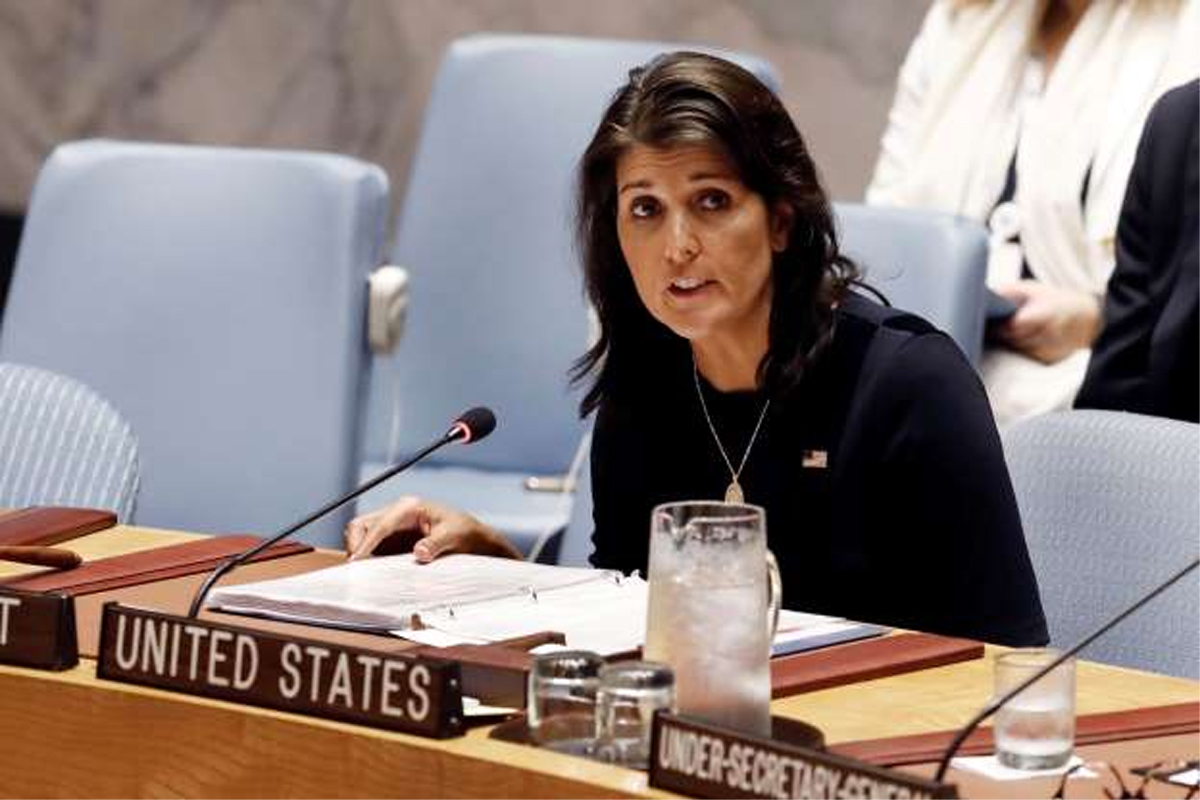 WASHINGTON, Sept 21: President Donald Trump will call for global action on the world drug problem, lay out his vision of the US role in the world, and urge a halt to the spread of weapons of mass destruction during next week’s gathering of world leaders at the UN General Assembly.
Nikki Haley, the US ambassador to the United Nations, told reporters Friday that Trump’s focus “will be very much on the United States,” its role and the relations it wants to build, and “how we can make the American people proud, and what actions we can show that really live up to that.”
“He is looking forward to talking about foreign policy successes the United States has had over the past year and where we’re going to go from here,” she said.
“He wants to talk about protecting US sovereignty,” and “we want to continue to build relationships” with other countries that “share those values.” Haley said Trump will address a high-level event Monday on the “Global Call to Action on the World Drug Problem,” which 124 countries have already signed up to support. She said the US is looking forward to more signatories.
The president will address the assembly’s 193 member nations at the official opening Tuesday morning of the global gabfest known as the General Debate.
Haley said Trump will talk about the generosity of the United States. “But he’ll also lay down a marker that while the United States is generous, we’re going to be generous to those who share our values, generous to those who want to work with us, and not those that try and stop the United States or say they hate America, or are counterproductive to what we’re doing,” she said.
She said Trump on Wednesday will chair a Security Council meeting which was expanded from focusing on Iran to nonproliferation, including chemical weapons attacks in Syria and Britain.
Haley predicted, “I’m sure that is going to be the most watched Security Council meeting ever.” Trump’s predecessor, Barack Obama, chaired two Security Council meetings, one in 2009 focusing on nuclear disarmament and another in 2014 on “foreign terrorist fighters.” Haley said U.S. Secretary of State Mike Pompeo will chair a council meeting Thursday to look at on North Korea’s progress toward denuclaearization — which she called “baby steps” — and the council’s commitments to enforce tough sanctions. (AGENCIES)