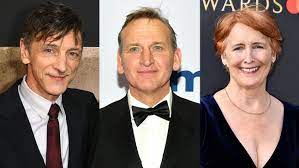 Los Angeles, Sept 24: Actors John Hawkes, Christopher Eccleston and Fiona Shaw have joined the cast of HBO’s “True Detective” season four.
Led by Jodie Foster and Kali Reis, the new season of the anthology crime drama has been titled “True Detective: Night Country”.
According to entertainment news outlet Variety, actors Finn Bennett and Anna Lambe have also boarded the project.
The latest chapter focuses on Detectives Danvers (Foster) and Evangeline Navarro (Reis), who look to solve the case of six men, operating the Tsalal Arctic Research Station, vanishing without a trace, when the long winter night falls in Ennis, Alaska.
“The pair will have to confront the darkness they carry in themselves and dig into the haunted truths that lie buried under the eternal ice,” the official plotline reads.
Hawkes will play Hank Prior, a police officer with old grudges hiding under a quiet surface, while Eccleston will star as Ted Corsaro, the regional Chief of Police and a political animal with a long history tying him to Danvers.
Shaw will portray Rose Aguineau, a survivalist with a past full of secrets.
“True Detective: Night Country” hails from Issa Lopez, who serves as writer, director and showrunner.
Alan Page Arriaga will also write and executive produce. Foster will executive produce in addition to starring.
Filmmaker Barry Jenkins, Adele Romanski, and Mark Ceryak of Pastel are the other executive producers. (PTI)