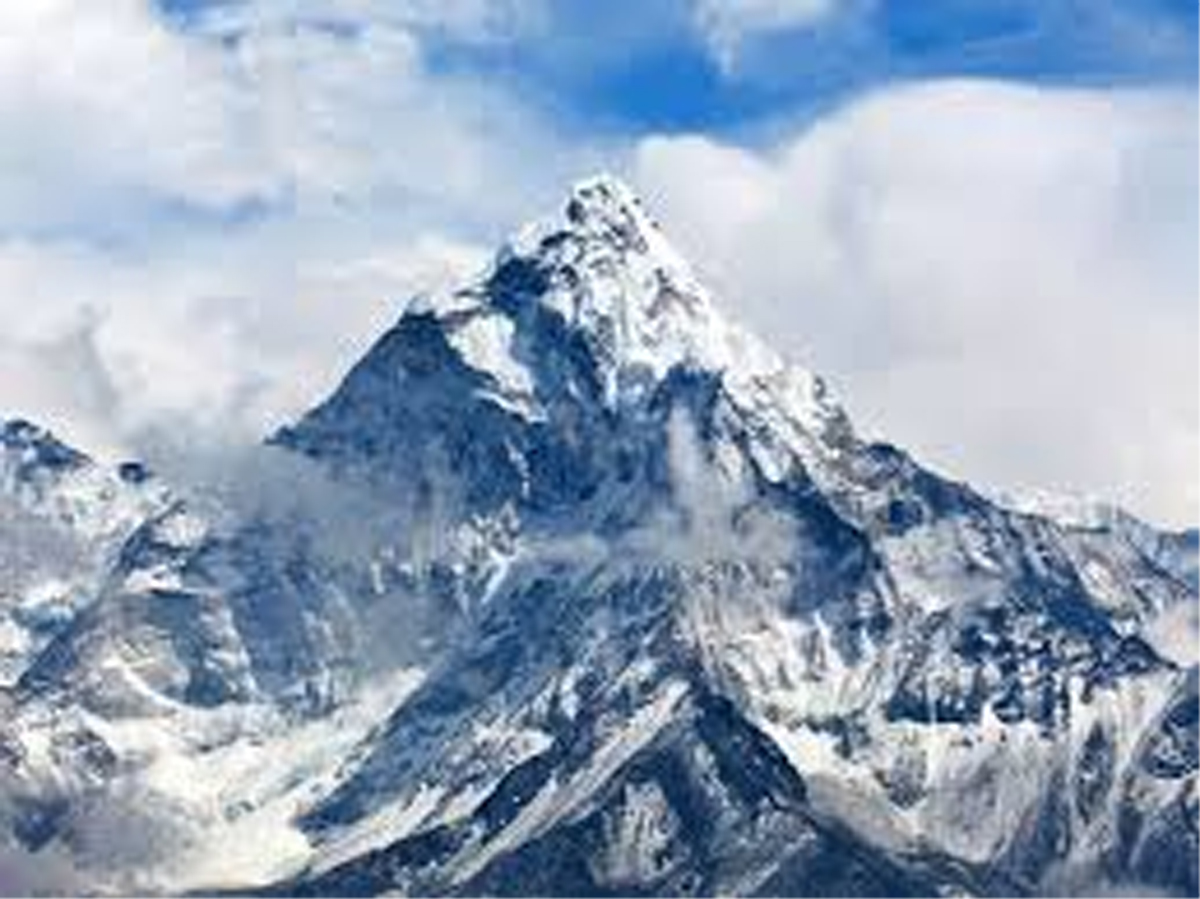 NEW YORK, Dec 10: The last remaining glaciers in the Earth’s tropical zone — between the Himalayas in the North, and the Andes in the South — will disappear within the next ten years, or possibly sooner, due to the ongoing climate crisis, according to a study.

The researchers from Ohio State University in the US said the first glaciers to go could be the ones in Papua, Indonesia, which they called “the canaries in the coal mine” for other mountain top glaciers around the world.

The study, published in the journal PNAS, noted that the melting of mountain top glaciers on the western half of New Guinea have increased rapidly due to a strong 2015-2016 El Nino.

The researchers explained that the El Nino — a phenomenon that causes tropical ocean water and atmospheric temperatures to get warmer — is a natural climate process, but has been amplified by global warming.

According to the researchers, the New Guinea mountain glaciers will disappear in the next 10 years — most likely during the next strong El Nino.

Study co-author Lonnie Thompson said it is likely that other tropical glaciers, such as those on Kilimanjaro in Tanzania, and Quelccaya in Peru, will follow.

“I think the Papua, Indonesia, glaciers are the indicators of what’s going to happen around the world,” Thompson said.

The researchers have been monitoring the glacier since 2010, when they drilled ice cores to determine the composition and temperature of the atmosphere around the glacier throughout history.

They also installed a string of polyvinyl chloride (PVC) pipe sections, connected by a rope, into the ice to measure how much ice had been lost by periodically measuring the rope sections left uncovered as the ice melted.

Based on their study, the researchers said the melt started at least 150 years ago, but has quickened in the last decade.

Thompson and his team found signs of melting at both the top of the glacier and at the bottom.

In November 2015, the researchers said, about five metres of rope had been uncovered, meaning that the glacier surface was melting at a rate of about one metre per year.

When they went back in May 2016, they saw an additional 4.26 metres of rope uncovered – indicating a rapid melting in just over six months.

They also assessed the extent of the glacier’s melt by measuring its surface area, and found that this shrank by about 75 per cent from 2010 to 2018.

According to the study, the ice field had shrunk so much that by 2016 it had split into two smaller glaciers.

In August 2019, the researchers said, a mountain climber scaling the peak took a photo of the glacier, showing its near disappearance.

“The glacier’s melt rate is exponentially increasing. It’s similar to visiting a terminal cancer patient, and documenting the change in their body, but not being able to do anything about it,” Thompson said.

The study warned that globally glacier melting is tied to sea level rise, which along with warming ocean waters can lead to more frequent and more intense storms.

The mountain top glaciers around the world contribute between a third and a half of the annual sea level rise in the Earth’s oceans, Thompson said.

“They are much more vulnerable to the rising temperatures because they’re small and they’re warmer – they’re closer to the melting threshold. Ice is just a threshold system. It is perfectly happy at freezing temperatures or below, but everything changes at 32 degrees Fahrenheit,” he added.

The researchers said the air around the glacier is hotter due to global warming, which has also changed the altitude at which rain turns to snow.

They said this has in turn caused rain to fall in places where snow once fell on top of the glacier, helping rebuild its ice year-by-year.

That rainfall is the kiss of death for a glacier, the researchers warned.

Water absorbs more heat from the sun than snow does. So they said increasing the water on top of the glacier warms it even more, accelerating the melting of the remaining ice.

“If you want to kill a glacier, just put water on it. The water basically becomes like a hot water drill. It goes right through the ice to the bedrock,” Thompson said.

“So, when the water starts to accumulate on top of the glacier, the glacier starts to melt much faster than current models predict as the models are driven by temperature changes but don’t account for the effect of water accumulating on the glacier surface,” he explained.

According to Thompson and his team, this kind of melting can affect the information scientists are able to learn from the cores, which normally provide year-by-year data records of the climate around the glacier.

They cautioned that as the glaciers melt, those year-by-year records can become blurred.

In the New Guinea case, however, the cores still showed evidence of El Nino events throughout the ice cores’ history, they said.

Since so much of the glacier has melted, the researchers said, cores hold data for only the last 50 years — despite these glaciers occupying the mountain tops for at least the last 5,000 years. (PTI)