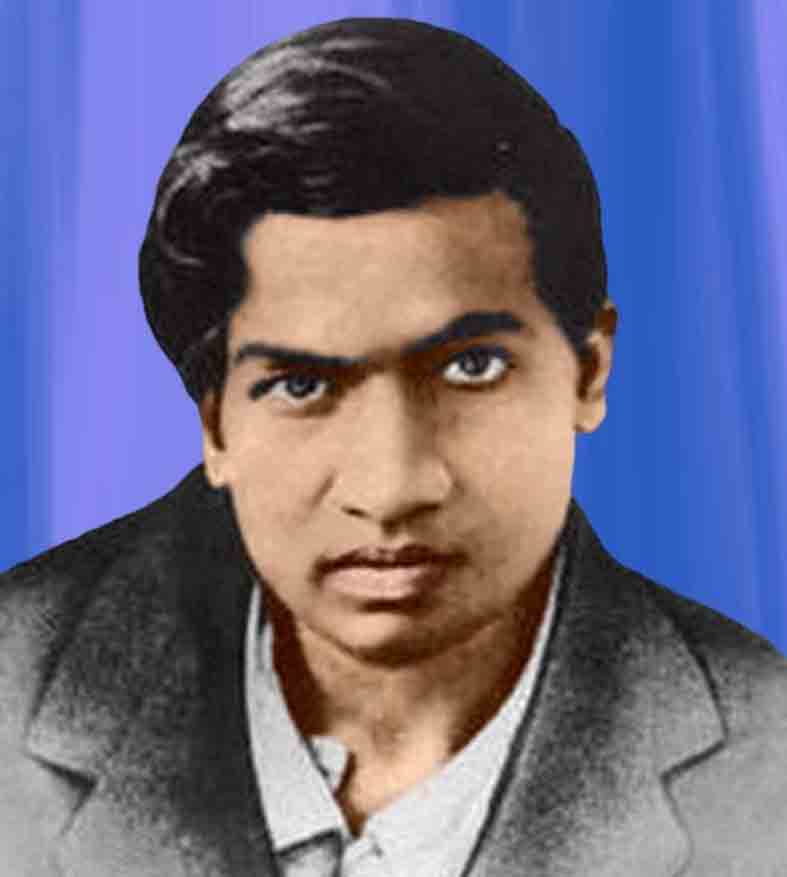 S.K Kumar
Today, 22nd December, marks the birth anniversary of a man who dedicated his mind and intellect to the services of the Lord. A divine mathematician who gave himself for the development of mathematical sciences which formed a base for almost all the theories that followed. He said:
“An equation for me has no meaning, unless it represents a thought of God.”
The recent past has witnessed his works in various movies, documentaries etc. These include Hollywood movies like Good Will Hunting, High School Musical; A Play- A disappearing number, An American show- Your hit parade and Documentaries- The Genius of SrinivasaRamanujan, Enigma of Ramanujan.
As a keen learner and a passionate student, Ramnujan started his journey into the world of Mathematics at the age of 10 years and easily mastered the works of other Mathematicians such as S.L. Loney’s trigonometry, and the works of Bernoulli and Euler. With his love for Mathematics he sailed through all the trials and tribulations he faced at every stage of life. As a bright student in school, he secured a scholarship to study at Government College, Kumbakonam but soon lost it as he failed in all the other subjects except Mathematics.Ramanujan continued his work, without employment and living in the poorest circumstances. After marrying in 1909 he began a search for permanent employment that culminated in an interview with a government official, Ramachandra Rao. Rao described his personality as:
“A short uncouth figure, stout, unshaven, not over clean, with one conspicuous feature-shining eyes- walked in with a frayed notebook under his arm. He was miserably poor. … He opened his book and began to explain some of his discoveries. I saw quite at once that there was something out of the way; but my knowledge did not permit me to judge whether he talked sense or nonsense. … I asked him what he wanted. He said he wanted a pittance to live on so that he might pursue his researches.”
Ramachandran Rao supported his research for a time, but Ramanujan, unwilling to exist on charity, obtained a clerical post with the Madras Port Trust.
In 1911 Ramanujan published the first of his papers in the Journal of the Indian Mathematical Society. His genius slowly gained recognition, and in 1913 he began a correspondence with the British mathematician Godfrey H. Hardy that led to a special scholarship from the University of Madras and a grant from Trinity College, Cambridge. Overcoming his religious objections, Ramanujan travelled to England in 1914, where Hardy tutored him and collaborated with him in some research.
Ramanujan’s knowledge of mathematics was startling. Although almost completely ignorant of what had been developed, his mastery of continued fractions was unequaled by any living mathematician. He worked out the Riemann series, the elliptic integrals, hypergeometric series, the functional equations of the zeta function, and his own theory of divergent series.
In England Ramanujan made further advances, especially in the partition of numbers. His papers were published in English and European journals, and in 1918 he became the first Indian to be elected to the Royal Society of London.
In 1917 Ramanujan contracted tuberculosis, but his condition improved sufficiently for him to return to India in 1919. He died the following year, generally unknown to the world at large but recognized by mathematicians as a phenomenal genius, without peer since Leonhard Euler (1707-83) and Karl Jacobi (1804-51).
Ramanujan developed much of his mathematics in isolation while still in India, but is said to have worked on them with chalk and slate because paper was expensive. These are contained in three notebooks, totalling about 640 pages in all. A fourth notebook of 87 unorganised pages, called the ‘Lost Notebook’ was rediscovered in 1976. His works have inspired many, including Prof. Hardy himself, to explore and create new branches of mathematics.
To pay tributes to Ramanujan, JKIMS organised a Quiz- ‘Quiz on Great Mathematician Ramanujan’ at the Mathematical Festival 2013 celebrating his 126th Birth Anniversary. His intellect went to inspire great people not only for mathematics but the way he related it to the divine power of God. I hope and wish his passion for mathematics goes on to inspire generations to come.
(The author is lecturer J&K Institute of Mathematical Science Higher Education Department, J&K Govt.)