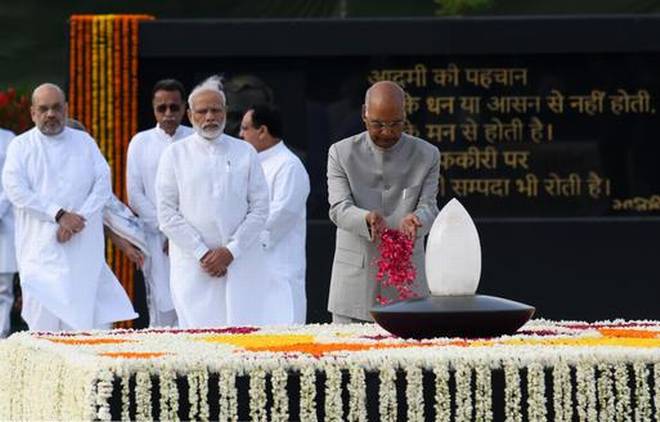 NEW DELHI : A prayer meeting was held at Sadaiv Atal–the memorial to Atal Bihari Vajpayee–on Friday to mark the first death anniversary of the former Prime Minister.
President Ram Nath Kovind, Prime Minister Narendra Modi, Home Minister Amit Shah and members of Vajpayee’s family were amongst those who paid tributes to the BJP leader amid the playing of hymns and devotional music.
The memorial was dedicated to the nation in December last year. The central samadhi platform comprises nine square black polished granite stone blocks, capped with a “diya” in the centre. Vajpayee (93) died on August 16 last year at AIIMS. (AGENCIES)