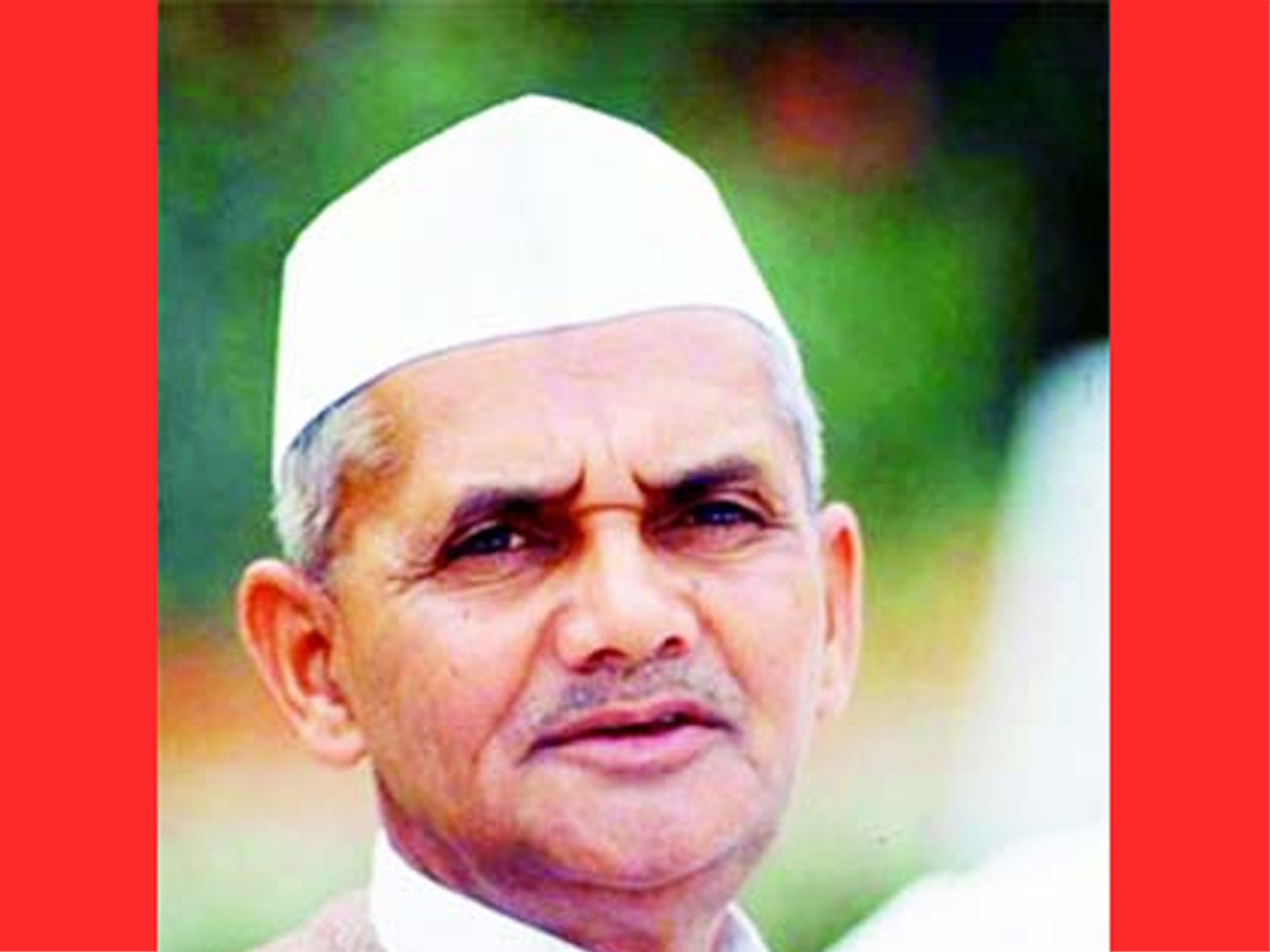 Sahildeep Singh Raina
A simple man with exemplary lifestyle, Lal Bahadur Shastri proved to be one of the heroes of history of India. A great general in Mahatma Gandhi’s army of peaceful soldiers of freedom, he became the symbol of India’s valour and self-respect.
Though diminutive in stature, he was a man of great courage and will. He successfully led India during 1965 war with Pakistan. To mobilize the support of country during the war he coined the slogan of “Jai Jawan Jai Kisan. Lal Bahadur Shastri also played a key role in India’s freedom struggle. He led his life with great simplicity and honesty and was a source of inspiration for all the countrymen.
Lal Bahadur Shastri was born on October 2 in the year 1904 at Mughalsarai, Uttar Pradesh. Though his family was poor, they lived the life of honesty and integrity. He lost his father at the age of one. His mother Ramdulari Devi raised him and his two sisters at his maternal grandfather’s house.
There is a very famous incident regarding Lal Bahadur Shastri’s childhood which took place when he was six years old. One day, while returning from school, Lal Bahadur Shastri and his friends went to an orchard that was on the way to home. Lal Bahadur Shastri was standing below while his friends climbed the tree to pluck mangoes. When gardener came he caught hold of Lal Bahadur Shastri and after scolding he started beating him. Lal Bahadur Shastri pleaded to gardener to leave him since he was an orphan. Taking pity on him, the gardener said, “Because you are an orphan, it is all more important that you must learn better behavior”. These words left a deep imprint on Lal Bahadur Shastri and he swore to behave better in future.
In 1930, Gandhiji gave call for Civil Disobedience Movement; Lal Bahadur Shastri also joined the movement and encouraged people not to pay land revenue and taxes to the Government. He was arrested and put in jail for two and half years. In jail, Shastriji became familiar with the works of western philosophers, revolutionaries and social reformers.
Lal Bahadur Shastri was the General Secretary of the Congress Party when the first general elections were held after India became Republic. Congress Party returned to power with huge margin. In 1952, Jawahar Lal Nehru appointed Lal Bahadur Shastri as the Railways and Transport Minister in the central Cabinet. Lal Bahadur Shastri’s contribution in providing facilities to travellers in third class compartments cannot be forgotten. He reduced the vast disparity between the first class and third-class in the Railways. Lal Bahadur Shastri resigned from Railways in 1956, owning moral responsibility for a Railway Accident. Jawahar Lal Nehru tried to persuade Shastrji but LalBahadur Shastri refused to budge from his stand. By his action Lal Bahadur Shastri set new standards of morality in public life.
In the next general elections, when Congress returned to power, Lal Bahadur Shastri became the Minister for Transport and Communications and later the Minister for Commerce and Industry. He became the Home Minister in 1961, after the death of Govind Vallabh Pant. In the 1962 Indo-China war Shastriji played a key role in maintaining internal security of the country.
After the death of Jawahar Lal Nehru in 1964, Lal Bahadur Shastri was unanimously elected as the Prime Minister of India. It was a difficult time and the country was facing huge challenges. There was food shortage in the country and on the security front, Pakistan was creating problems. In 1965, Pakistan tried to take advantage of India’s vulnerability and attack India. Mild-mannered Lal Bahadur Shastri rose to the occasion and led the country ably. To enthuse soldiers and farmers he coined the slogan of “Jai Jawan Jai Kisan”. Pakistan lost the war and Shastriji’s leadership was praised all over the world.
In January 1966, to broker peace between India and Pakistan, Russia mediated a meeting between Lal Bahadur Shastri and Ayub Khan in Tashkent Russia. India and Pakistan signed a joint declaration under Russian mediation. Under the treaty India agreed to return to Pakistan all the territories occupied by it during the war. The Joint declaration was signed on Jan 10 1966 and Lal Bahadur Shastri died of heart attack on the same night.
Few are those people who live for their country and die fir their country and for them country is the first priority.