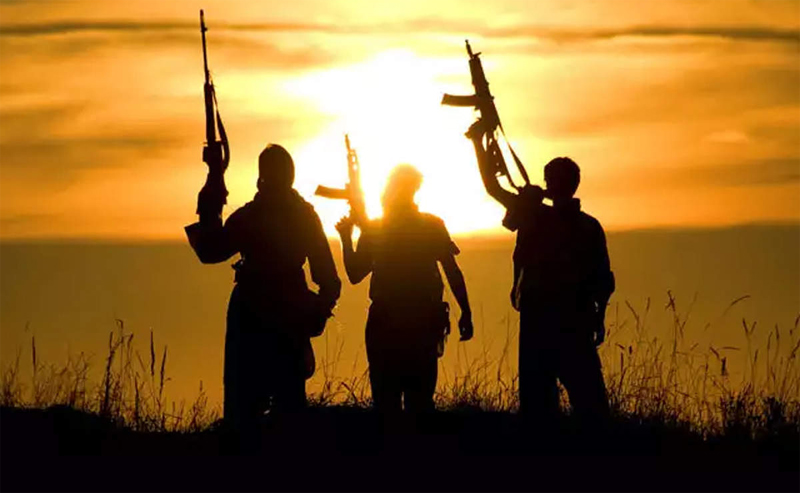 Srinagar, Dec 8: The Resistant Front (TRF) commander was among three militants killed in an encounter in South Kashmir’s Shopian district today.
Inspector General of Police Kashmir, Vijay Kumar said that three militants of TRF including its top commander Amir Hussain Ganie were killed in the encounter in Shopian today. He said that he was active since September last year and was involved in several militancy cases.
Security forces including Police, 34RR of Army and 178Bn CRPF launched a cordon and search operation on specific information about the presence of militants in village Chek-e-Cholan, Shopian.
The hiding militants fired on the troops during the search operation leading to a fierce gun battle in which three militants were killed.
The slain militants have been identified as Amir Hussain Ganie son of Manzoor Ahmad, resident of Check-e- Cholan Shopian, Rayees Ahmed Mir son of Nazir Ahmad, resident of Kapran, Shopian and Haseeb Ahmad Dar son of Mohd Yousuf Dar, resident of Khudwani, Kulgam.
“As per police records, all the three killed were categorized militants and linked with LeT (TRF). They were part of groups involved in several crime cases including attacks on security forces,” a police spokesman said, adding that the killed militant Aamir Hussain was active since September-2020 and involved in several cases including Case FIR No. 264/2021 of PS Shopian regarding attack on Police/SF at village Rakhma on 01/10/2021.
“He was also involved in luring gullible youth to join militancy folds. Militant Rayees Ahmad was active since June-2021 and involved in several cases including attack on Police/SF. He was also involved in an attack on Police/SF at Village Rakhma. Besides, Haseeb Yousuf was also involved in several cases in the areas of Kulgam,” the police spokesman said.
He said that incriminating materials, arms and ammunition including one AK 74 rifle and two pistols were also recovered from their possession. “All the recovered materials have been taken into case records for further investigation,” the spokesman said.
Police have registered a case under relevant sections of law and investigation has been initiated. “People are requested to cooperate with Police till the area at encounter site is completely sanitized and cleared of all the explosive materials, if any,” the police spokesman said.