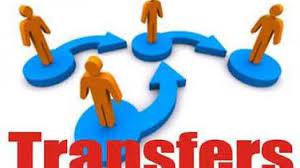 03Even though instructions are explicitly issued in respect of Heads of the Departments not to issue any transfer orders , it has been found that such instructions have blatantly been flouted, instead junior level persons have been ”placed” at senior levels ignoring the usual seniority criteria. Directorate Health Services , it is learnt , has been found conducting such ”an exercise” of transfers and preference for juniors for months together . The question is that when a Government servant is supposed to obey the orders of the Government , its various administrative wings etc , how could anyone afford to disregard and not comply with the same especially not that the context is in respect of Gazetted employees but even those who do not fall under one’s domain to transfer or wilfully promote.
Throwing to winds not only the rules and directions but undermining the time tested regard for seniority of employees as has been found out from the ”list” asked for to be furnished from the Directorate, it has transpired that not only a few but several ”special” and rather blue eyed Doctors have been posted as Chief Medical Officers and Block Development Officers while Senior doctors have been posted as “Deputies”. Not mincing any words, why should relevance, credence and reliability be accorded to the general perception that a ”transfer industry” flourishes in Jammu and Kashmir. That definitely is tantamount to stigmatizing and bringing taint on the otherwise normal administrative course of ordering transfers/ promotions . Verily, for these reasons, we strongly advocate for a better Human Resources Management which means a transparent, cogent , well defined and neatly articulated transfer policy within the framework of which alone transfers etc could be effected . In the meantime, rule of fair play warrants all such transfers and postings to be rescinded.