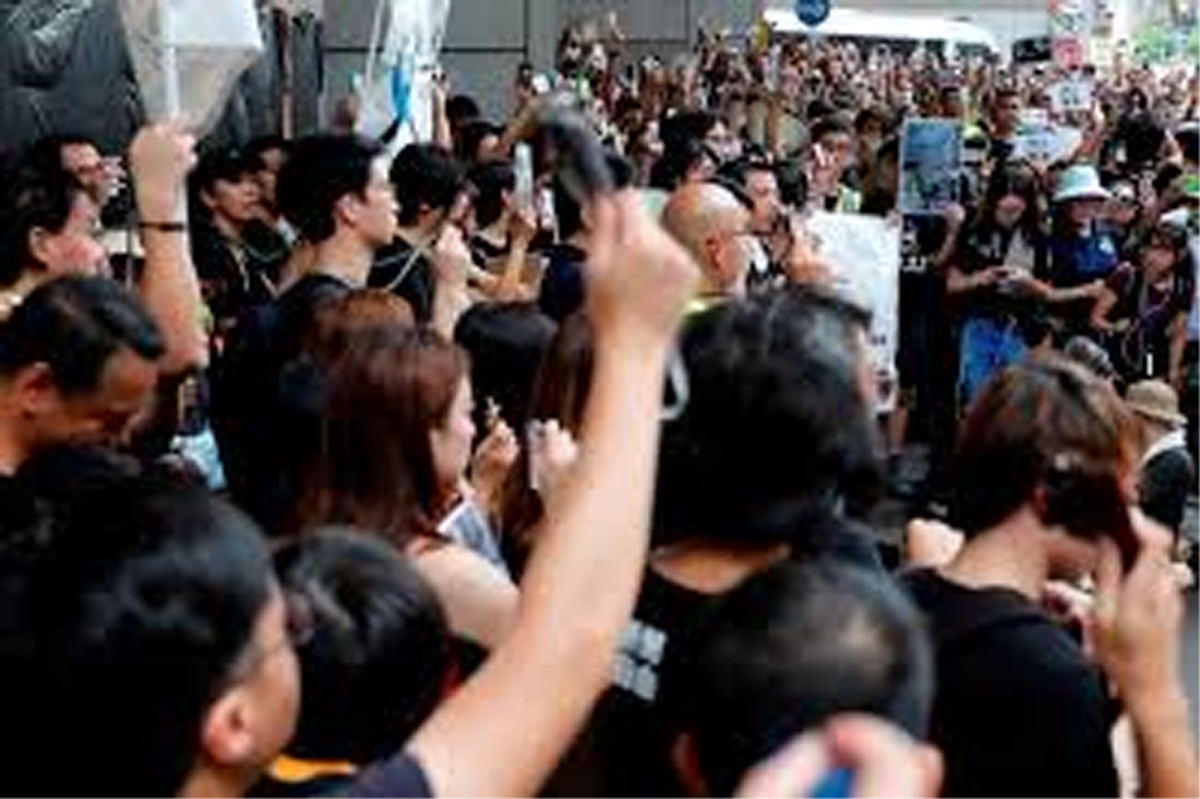 PARIS, July 16: As uncannily realistic “deep fake” videos proliferate online, including one recently retweeted by Donald Trump, journalism schools are scrambling to adapt to an era of misinformation — or fake news.

Experts discussed how to train tomorrow’s reporters for these new challenges at the World Journalism Education Congress in Paris last week.

The three-day event — “Teaching Journalism During a Disruptive Age” — was attended by 600 educators and researchers from 70 countries.

“We have journalism educators from places as different as Bangladesh and Uganda, but essentially we all face the same challenges,” congress organiser Pascal Guenee, head of IPJ Dauphine journalism school in Paris, told AFP.

In China, the government makes no secret of its tight grip on the media.

“When someone posts false information on Weibo, it can be reposted by a mainstream newspaper’s Weibo account,” she said. “Other mainstream media pick up on it from there.” “Mainstream media play the biggest role in confirming and spreading fake news in China,” she added.

It was US President Donald Trump who first popularised the phrase “fake news” in attacks on the news media.

But in May, Trump tweeted a video of US House Speaker Nancy Pelosi which appeared to have been edited to focus on sections of a speech in which she stuttered and mispronounced certain words.

Another doctored Pelosi video, which went viral online, slowed down her speech to give the impression she was drunk.

The motivation behind fake news is not always political, said Gifty Appiah-Adjei from the University of Education in Ghana.

“Often it is for financial gain by creating internet traffic, or it’s entertainment,” she told AFP. “And some people write fake stories just for fun.” Journalism education “is the most effective means by which fake news can be addressed”, she argued.

Until recently however, how to detect and counter fake news has rarely been taught as a stand-alone course at journalism schools, she said.

“Journalism schools in China give some courses in fact-checking, but the academic material we study is based on research in other countries,” said Chen.

“China still has a long way to go.”

But for Nigmatullina, we do not need to develop a whole new discipline.

“What we do need is joint research with scholars from different disciplines,” she told AFP.

“We could work with neuroscience students, for example, to determine why people decide to share certain information.” In one project organised by the European Journalism Training Association (EJTA), students from almost 20 journalism schools in 13 countries participated in the fact-checking of articles in the run-up to the European Union elections.

One of the aims, said project manager Nadia Vissers from the Artesis Plantijn University in Belgium, was to learn the difference between “misinformation” and “disinformation”.

“Misinformation is false information spread without the intention to cause harm,” she explained. “Disinformation has the intention of spreading lies and influencing people.” Misleading information in the media, for example, about migration, climate change and Brexit was classified as “mostly true”, “mostly false”, “false” or “uncheckable”.

The project runs on a shoe-string budget, said Vissers, because “we don’t want any funding from Facebook or Google”.

“The goal is to train journalists,” said Eric Nahon, deputy head of IPJ Dauphine and chair of the panel discussion.

“Technological solutions are not the answer — we need educated journalists.” (AGENCIES)
&&&