Bhumesh Sharma
Traffic congestion happens when the volume of traffic on a road is so heavy that it forces drivers to slow down or stop completely. The average driver wastes 74 extra hours per year sitting in traffic. Traffic jams are a frustration to drivers  every where, particularly in Jammu/Srinagar cities. They are threat to safety and increase both fuel consumption and emissions, as well as headaches for those stuck in them.
One of the most harmful effect of traffic congestion is its impact on environment. Despite the growing number of hybrid vehicles on the Jammu/Srinager roads, vehicles stopped in traffic still produce a large volume of harmful carbon emission. Besides contributing to global warming, these emissions can cause more short-term and localized problem, such as smog and increase respiratory problem in community due to poor air quality. An engine that idles for 10 minutes yields 90 grams of this gas and consumes 0.14 liters of fuel.
Eliminating idling would cut about 196,000 metric tons of carbon dioxide from passenger vehicles and goods vehicles alone, calculated from Environmental Protection Agency estimates and Bureau of motor vehicles statistics. There is a recognized need for more efficient control of traffic at interctions. Efficient traffic control is becoming an urgent necessity that affects vehicle owner’s stress, vehicle energy consumption, and vehicle pollution due to unnecessary vehicle idling and travel time. These consequences, when cumulated by the gross number of vehicles, contribute to nationally significant financial costs, environmental pollution and energy consumption figures. There is the need to measure the amount of idling at various traffic junctions, so that the cumulative magnitude of the problem of idling can be established and steps taken to prevent vehicle idling.
Drivers who encounter unexpected traffic may be late for work or other appointment, causing a loss in productivity for businesses and in the driver’s personal lives. Traffic delays may also slow down the shipping of cargo if delivery trucks can’t remain on schedule due to a congested route. Drivers who know that traffic congestion is likely may decide to forgo an activity altogether, leading to less consumer spending and lower event attendance.
Drivers who become impatient may be more likely to drive aggressively or dangerously. This contributes to poor health for those affected by the stress and puts other drivers in danger. Road rage also increases the danger posed to the emergency workers or construction crew members who are working on the congested road close to dangerous drivers.
India loses Rs.60,000 crore per year due to congestion (including fuel wastage), slow speed of freight vehicles and wasting time at toll plazas and checking points, a study on operational efficiencies of freight transportation roads has claimed.
Some of the major reasons for road congestion in Jammu/Srinagar cities are parking on roads due to shortage of parking places, avoidance of public transportation and more private vehicles, shifting of ISBT  a major issue in city of tempals i.s. Jammu, especially going to be challenging in the morning and evening hours, when a majority of the All India Tourists Buses are scheduled for departure and arrival combined with the peak hours, it could lead to a severe snarl on B.C.Road  Jammu.
In Jammu, almost 100-150 All India Tourists Buses enter the state early in the morning and  leave from Jammu bus stand to other states late night like Himachal Pradesh, Harayana, Punjab, Chandigarh, Delhi, Rajasthan, U.P. etc.
Rule 85 (6) of CMV Rules, 1989 says;
“The All India Tourist Vehicle shall not be parked on any bus stand used by stage carriage and shall not operate from such bus stand.”
Rule 85 (9) of CMV Rule, 1989 says;
“The permit holder shall not operate the Tourist Vehicle (contract carriage) as stage carriage”.
Above all the said vehicles  fail to comply Rule 85 of Central Motor Vehicles Rules, 1989.
We now have unshakeable conviction that traffic congestion causes are man- made,  and that man- made problem can be solved by man”. 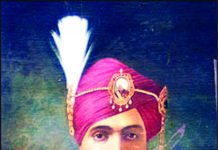 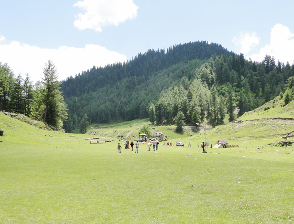