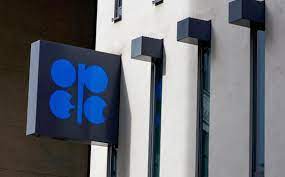 New Delhi, Dec 5: The total electricity trade volume on Indian Energy Exchange (IEX) has registered a 9 per cent year-on-year growth to 7,392 million units (MU) in November 2022.
The overall consumption of energy has grown 13 per cent year-on-year (y-o-y) to 113 billion units (BU) during November 2022, IEX said in a report on Monday.
” The total electricity volume traded in November was 7,392 MU, an increase of 9 per cent on YoY,” it said.
However, the overall electricity trade volume including the Green Power trade and RECs stood at 7,764 MU in November 2022, a fall of 16 per cent y-o-y, it said
The report attributed the fall to “exceptionally high REC volumes of 24.4 lakhs to fulfil the pent-up demand caused by a 16-month gap of trading.”
Improving coal inventory and onset of winters will lead to further price correction on the Exchange, providing cost optimization opportunities to discoms (distribution companies) and open access consumers.
As per National Load Dispatch Center (NLDC), the energy consumption stood at 113 BU during November, up 13 per cent over the same month in 2021.
In the Day Ahead Market (DAM), despite increased prices, the volume increased 8 per cent y-o-y, and 18 per cent on m-o-m basis, to reach 5,084 MU in November 2022.
The Real-Time Electricity (RTE) market achieved 1,407 MU volume during the month, registering a 7 per cent y-o-y growth. There were 678 participants in this segment during the month.
The Term-Ahead Market (TAM) traded 547 MU during the month, up 81 per cent over November 2021.
The Green Day-Ahead market achieved 288 MU volume and saw participation from 178 market participants during the month, with the highest number of participants in a single day at 125 on November 28, 2022, while the Green Term-Ahead Market achieved 66 MU volume.
According to the report, a total of 3.72 lakh Renewable Energy Certificates (RECs) were cleared in the trading session at IEX held on Wednesday, November 30, 2022. The volume comprised 0.68 lakh non-solar RECs with clearing price at Rs 1,000 per REC. (PTI)