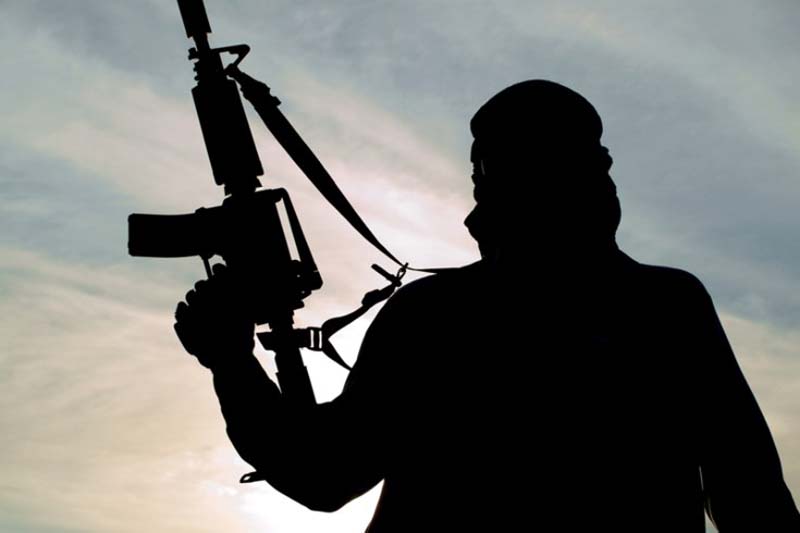 Excelsior Correspondent
SRINAGAR, Mar 23 : A top Jaish-e-Mohammad militant commander and his associate were killed in an encounter that lasted three days in North Kashmir’s Sopore area.
Two militants killed in an encounter with security forces at Warpora area of Sopore in North Kashmir’s Baramulla district have been identified as members of Jaish-e-Mohammad and one of them has been identified as a local resident.
SSP Sopore Javid Iqbal said that the bodies of both the militants were recovered from the encounter site today afternoon and one of them has been identified as Tahir Ahmad War alias Tahir Molvi of Warpora.
“We called his family and they identified him as their kin,” the SSP said, adding that body has been handed over to the family.

Click here to watch video
Tahir Molvi, he said, was active from June last year and was involved in a number of civilian killings and attacks on security forces. The other militant was a foreigner and his identity is being established. He is believed to be top commander of JeM.
Residential house of Mohammad Maqbool Najar where the militants were hiding initially was razed to rubble. During the course of the gunfight, three more residential houses of Mohammad Akbar War, Mohammad Ramzan War and Showkat Ahmad Najar were damaged completely.
Clashes between youth and security forces were also reported near the encounter site and main town Sopore.
The encounter broke out at Mir Mohalla area of Warpora Sopore after a joint team of Army’s 22 RR, Special Operation Group of police and CRPF launched a cordon and search operation in the area on Thursday morning.
Station House Officer (SHO) and his two security guards were injured near the encounter site yesterday.
A militant hideout was busted at a village in South Kashmir’s Pulwama district today.
Police and the security forces busted the hideout in a joint operation following a “credible’ input in Bandirpora area of the district.
“Huge quantity of incriminating materials and other items were recovered from the hideout,” police said, adding that a case has been registered. “Investigation is going on,” he added
Separatists today called for shutdown tomorrow against the ban on Jammu and Kashmir Liberation Front (JKLF).
The Government of India on Friday had declared the Jammu and Kashmir Liberation Front (JKLF), led by Mohammad Yasin Malik, an “unlawful association” under the provisions of the Unlawful Activities (Prevention) Act, 1967.
Syed Ali Shah Geelani and Mirwaiz Umar Farooq while condemning the ban dubbed the move as “autocratic” and “politics of revenge”.
“Jammu and Kashmir Liberation Front is involved in peaceful struggle to resolve the Kashmir dispute and the sole motive of banning it like Jama’at-e-Islami is to crush the legitimate Kashmiri struggle through the use of force,” they said in a statement.