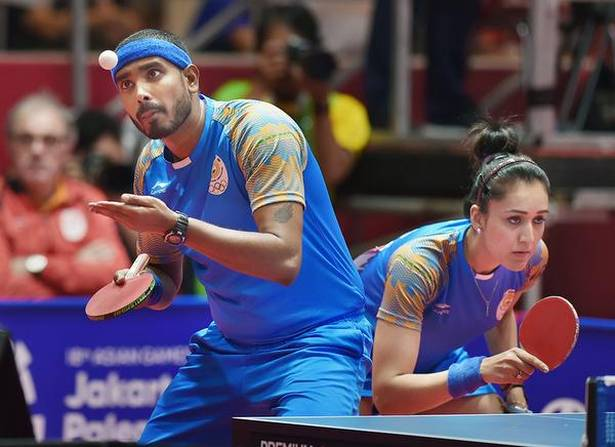 TOKYO [JAPAN]: India’s mixed doubles table tennis pair of Achanta Sharath Kamal and Manika Batra failed to qualify for the next round after suffering a heavy 0-4 defeat against the Chinese Taipei team of Yun Ju Lin and Cheng I Ching in the Round of 16 here at Tokyo metropolitan gym — Table 1 on Saturday.
Lin and Cheng of the Chinese Taipei were in no mood to give the Indian duo any kind of hope as they annihilated their challenge in just 24 minutes in the best of seven games contest.
The left-right combo of Lin and Cheng was just too strong for the Indian team to endure. Kamal and Batra managed to secure a couple of points here and there but they never got into the full rhythm and pace.
Sharath will now focus on his men’s singles competition. The 20th seed is drawn to meet reigning champion Ma Long in round three provided he clears the second round (first-round bye) in his fourth Olympics. Manika will face Britain’s Tin-Tin Ho in the first round of women’s singles. (Agencies)