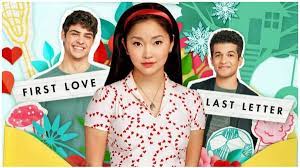 Los Angeles, Oct 19: Netflix has given a 10-episode series order for a “To All The Boys I’ve Loved Before” spinoff “XO, Kitty”, starring Anna Cathcart.
Cathcart will reprise her role as Kitty Song Covey, the youngest daughter in the Covey household.
The young adult dramady is inspired by the film franchise and New York Times best-selling series by author Jenny Han. It revolves around the teen matchmaker who moves halfway across the world to reunite with her long-distance boyfriend and soon realizes that relationships are a lot more complicated when it’s your own heart on the line, according to the official logline.
Han is credited as creator on the series and serves as co-showrunner on “XO, Kitty” alongside Sascha Rothchild of “GLOW” fame. They executive produce the show alongside Matt Kaplan of ACE Entertainment. Awesomeness Studios, which produced the film trilogy for Netflix, is the studio on the series.
The pilot was co-written by Han and Siobhan Vivian.
“The To All the Boys” franchise launched in 2018 and made global stars out of Lana Condor and Noah Centineo. The film had two sequels in “P.S. I Still Love You” (2020) and “Always and Forever” (2021).
Cathcart has previously worked in “Odd Squad” and Disney’s “Descendants” franchise.
Both Condor and Centino are working on different projects for Netflix. Condor next stars in the scripted comedy series “Boo, Bitch”, and Centineo leads an upcoming CIA drama for the streamer. (PTI)