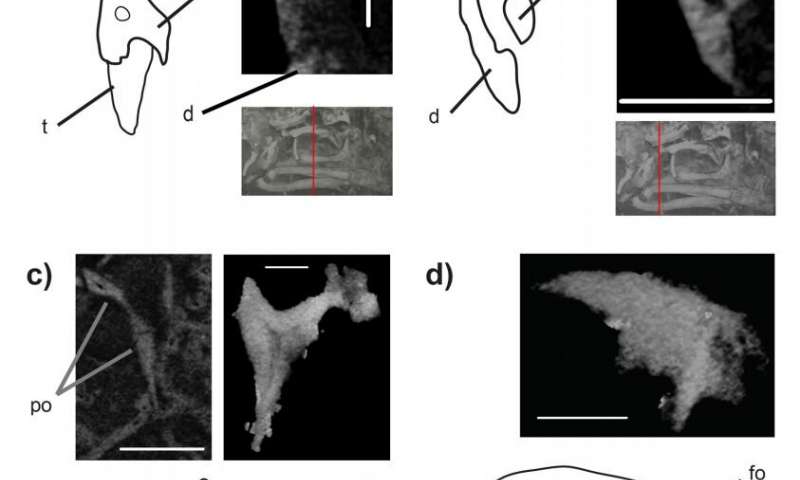 BOSTON: Researchers have unearthed a new prehistoric reptile species which they claim to be an ancestor to modern-day lizards and snakes, a finding that sheds more light on the early evolution of four-legged creatures.
The ancient lizard, called Vellbergia bartholomaei, is described in the journal Scientific Reports, and belongs to a group of reptiles called Lepidosauromorphs which is one of the largest and most diverse lineages of four-limbed animals with over 10,500 species.
According to the researchers, including Tiago R Simoes from Harvard University in the US, lepidosauromorph specimens have only been found across a few sites with fossils from the Triassic era — between 230 and 190 million years ago — and their early evolution has remained unknown.
Simoes and his colleagues discovered the small reptile fossil within deposits of Vellberg, Germany, and analyses suggested that the specimen is a previously unknown species of early lepidosauromorph.
They said the specimen was one of the smallest found at the site, and may represent the first juvenile fossil collected at Vellberg.
The study noted that V. Bartholomaei differed from other lepidosauromorph species owing to its distinct characteristics such as narrow, slender and short teeth relative to the lower jaw.
However, it said the ancient reptile shares a mosaic of features found in the predecessors of present-day lizards and tuataras.
According to the scientists, the findings suggest that Vellbergia may be a common ancestor of the two lineages, furthering our understanding of early reptile evolution.
They believe that the fossil implicates Vellberg as an important site for understanding early lepidosauromorph evolution.
Due to poor fossil record of creatures from the early Triassic era, the researchers said, specimens from the Middle Triassic are important to understand how vertebrates recovered after the Permian-Triassic mass extinction event, which occurred around 252 million years ago and remains the Earth’s most severe known extinction event. (AGENCIES)