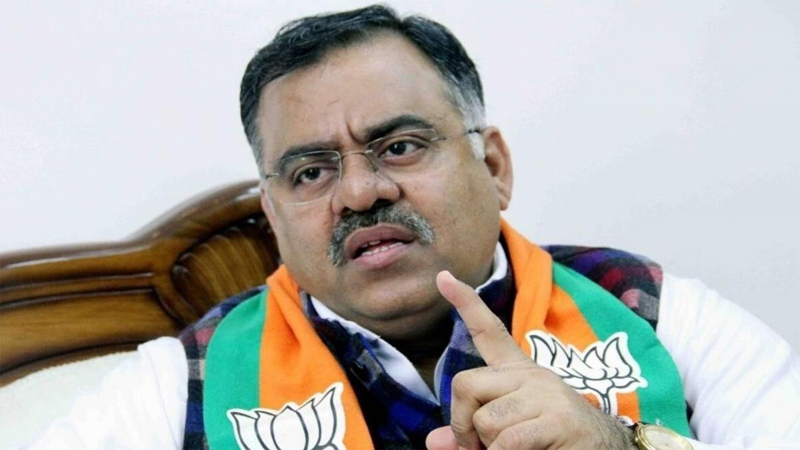 Excelsior Correspondent
SRINAGAR, Nov 27: BJP national general secretary, Tarun Chugh today said that PDP chief, Mehbooba Mufti needs to come out of her dreams and realise the ground situation in J&K where Prime Minister, Narendra Modi has brought about a dramatic transformation.
Reacting to the remarks of PDP chief, Mehbooba Mufti that everything would be brought back with interest whatever BJP has snatched from them on August 5, 2019,  Chugh said it is time Abdullahs and Muftis who had ransacked the erstwhile State recklessly now realise that their time is over.
“People in J&K have started enjoying fruits of the development policies and programmes of the Prime Minister and a new era had come about in J&K’’.
He said  converting J&K from a terror State to a tourism destination is a big achievement of the Modi Government.
The Jammu and Kashmir is on the path of development and there is still a long way to go while the party hasn’t snatched anything as claimed by the Mehbooba.
“When her party was in power in J&K, she had given nothing except ruin and plunder, for which she will now have to give a full account,” Chugh said, adding that Mehbooba herself knows that BJP has made progress in Jammu and Kashmir, but she is making such statements under frustration.
“Modi led BJP Government brought J&K on the path of development. Under privileged people were given rights, hundreds of Centrally Sponsored Schemes were introduced, poor people were benefited and importantly millions of tourists this year visited the UT which is a record breaking”, Chugh claimed.
He said that Modi Government has also given rights to women while giving grain to poor people as well, besides the entire country is on the same page in terms of national security and integrity.
Hitting out at dynastic politics of J&K, the BJP senior leader said three families have looted and ruined J&K for the past several decades, for which they will now have to answer. “AIIMS and other big institutions are being opened in Kashmir now but Mehbooba does not see this,” he added.