Brig Anil Gupta
The anti-India belligerent attitude of Pak Army has seen an upswing in the recent days. There is no doubt that all is not well internally in Pakistan and the tussle for supremacy between the two Sharifs continues unabated. The recent terrorist attack in Lahore has completely exposed the hollowness of the Pak Army and its failure to tame Tehrik-i-Taliban Pakistan (TTP) despite its much touted all out military offensive in Federally Administered Tribal Areas (FATA) codenamed Operation Zarb-e-Azb. Whenever, the Pak Army is faced with such challenges at home it resorts to its time-tested formula of upping the ante against India and raising the K bogey. The Pak army believes that its raison d’etre is to “annex Kashmir” its so called jugular vein and unfinished agenda of the partition. Having failed miserably in annexing Kashmir and the people of Pakistan refusing to be stirred anymore by the ‘K’ chant , it has now started blaming India for the rebellion it faces in Baluchistan. Notwithstanding the fact that the Baloch problem persists since independence and has been further compounded by total lack of governance and brutalities committed by the Pakistan Army, the recent attempts to shift blame on India is a clear indicator of growing paranoia of the Pak Army viz a viz India.
General Raheel Sharif while addressing a seminar in Gwadar a few days back not only  openly blamed India for supporting subversive activities  to destabilize Pakistan but he also added a ‘China Factor’ to it by adding that Indian subversive activities in Baluchistan are focussed on undermining the China Pakistan Economic Corridor (CPEC). CPEC is an ambitious $ 46 billion project aiming to link Gwadar port in Baluchistan to   Kashgar         in Xinjiang province of China through a vast network of highways, expressways and railways. Other major projects include up gradation of Gwadar port, special economic zones, motorways, pipelines and cross border optical fibre project connecting the two countries. This economic alliance between China and Pakistan with major investments planned by China is considered by Pakistan as a panacea for all its economic ills and would usher an era of development in backward and neglected areas of Baluchistan, Sindh and Gilgit-Baltistan. Keeping the prevailing security environment in these areas China is worried about the security of the corridor and its nationals working in different projects. China has demanded in unambiguous terms that the onus of providing security rests with the Pak Army and the government of Pakistan. The reasons for the recent penchant of Pak Army to blame India for its failure in Baluchistan have now become obvious. Keeping in view the prevailing strife and turmoil in Pakistan and its army’s inability to tame TTP and insurgent groups of Baluchistan as well as the growing threat of Daesh, Pak Army is unsure of its capability to provide the promised security. It is therefore trying to establish an Indian bogey as an alibi for its anticipated failure. Next and more significantly by involving the Chinese interest it plans to extract as many dollars as possible from China for raising, training, equipping and maintenance of the proposed Special Security Force for security of the CPEC and Chinese nationals deployed in Pakistan. With Nawaz Sharif losing ground due to his name appearing in Panama leaks, Gen Raheel Sharif finds himself in the driver’s seat and in a position to manage the things in favour of the Army.
India on the other hand has been able to create a favourable international opinion against terrorism and portray Pakistan as the fountain head of global jihadi terrorism. Pakistan is finding itself comparatively isolated and cornered by the international community to deliver as far as war on terror is concerned. India has improved its standing in the international arena and is seen by most nations as a responsible emerging economic and military power. India has also succeeded in containing the proxy war launched by Pakistan in Jammu & Kashmir. Indian Army is ranked 4th among the top ten fighting forces in the world. Laughable as it may sound Pakistan has been often resorting to nuclear blackmail flaunting its tactical nuclear weapon arsenal as a counter to India’s conventional superiority. It is laughable because no sensible, self-respecting nation would ever think of using nuclear weapons inside its own territory. The fall out is well known and understood by even non-military minds. With the successful firing of K-4 Submarine Launched Ballistic Missile (SLBM) India has completed its nuclear triad and developed credible deterrence in form of Second Strike Capability. K-4 is the best of its type among the contemporary nuclear SLBMs with almost a zero circular error probability. K-4 along with the nuclear submarines provides India the capability of striking Pakistan anywhere anytime in case Pakistan resorts to a nuclear blackmail. India has successfully tilted the strategic balance in the sub-continent in her favour.  Pakistan will no longer be able to use its strategy of nuclear brinkmanship under the cover of which Pakistan Army resorted to the use of doctrine of “bleeding India through thousand cuts.” It would not be in the interest of Pakistan to provoke India any more.
It is the right time for Pakistan Army to reconcile its anti-India mind-set and concentrate on eliminating terrorism from its soil. Like any other professional army in the world Pakistan Army needs to contribute in nation-building rather than trying to become the nation itself.
(The author is a Jammu based columnist, security and strategic analyst)
feedbackexcelsior@gmail.com 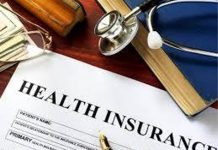 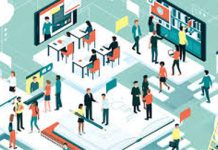 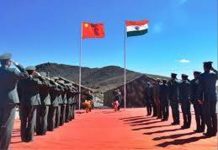