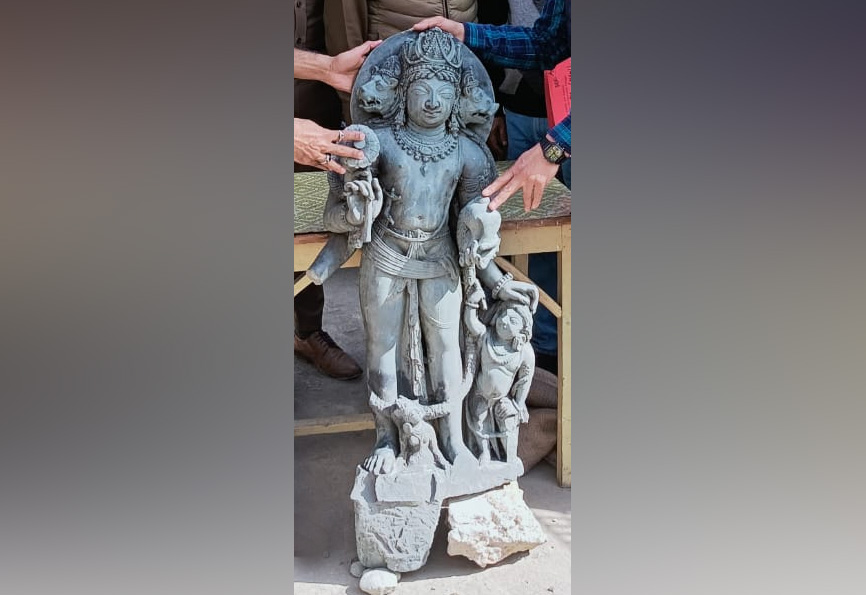 Jammu, Mar 31: In a rare archaeological find, a three-headed sculpture of Lord Vishnu, which dates back to 9th century, was found in Jhelum river during extraction of sand in South Kashmir’s Pulwama district, officials said on Wednesday.
The sculpture was recovered by some labourers and was handed over to officials at Kakapura police station, they said.
After completing legal formalities, the sculpture was handed over to the Directorate of Archives, Archaeology and Museums, Jammu and Kashmir.
The finely carved and well dressed sculpture demonstrates clearly the sculptural style in use at Avantipora during the 9th century AD, the officials said.
The sculpture is now housed in SPS Museum, Srinagar, for further studies, they said. (Agencies)