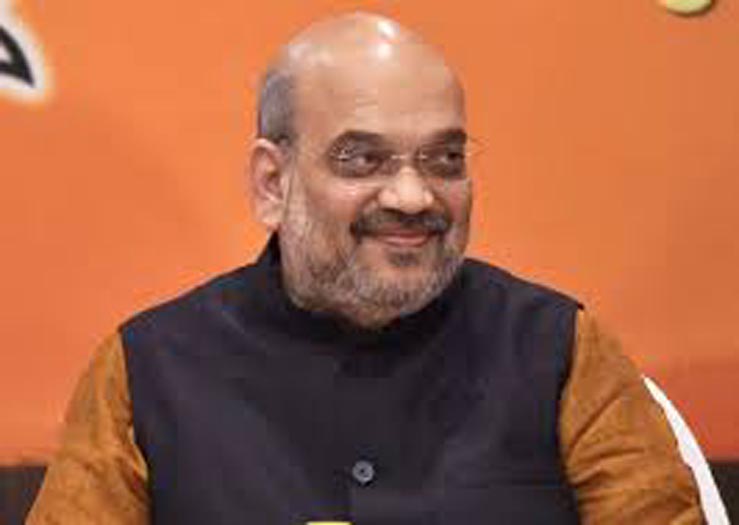 PAKUR (Jharkhand): BJP president Amit Shah Saturday alleged that though the Santhal pargana region has given three chief ministers to Jharkhand they failed to do any significant works for tribals whereas the present government of Raghubar Das has done a lot for them.

Shah said this without taking names of ex-CMs- Shibu Soren, Hemant Soren (of the JMM) and Babulal Marandi, the president of the Jharkhand Vikas Morcha (Prajatantrik).

But, the Raghubar Das government has done many significant works for them, he added. The Santhal pragana region has three Lok Sabha seats— Dumka (ST), Rajmahal (ST) and Godda, polling for which is slated for May 19.

Fledgling Jharkhand state which came into being in 2000 is broadly divided into Santhal pargana and Chotanagpur for adminstrative purposes.

Appealing people to vote for BJP candidate Hemlal Murmu from Rajmahal during his election rally at Hiranpur in Pakur district in Rajmahal constituency, Shah said while the Modi regime was successful in rooting out terrorism in the country,

Raghubar Das almost eradicated naxalism in Jharkhand. Saying that whichever place he visited in the country, Shah said, There has been only one voice—Modi-Modi. It is

not just a slogan, it is the voice of 125 crore people. The slogan has shaken the Mahamilavati (highly adulterated grouping) allies, making it clear that there is no comparison between Modi and the opposition leaders.

The BJP leader claimed that the works done during the five-year term of Modi is weighing heavily on the 55-year rule of Congress.

This is the reason why the people are behind the Modi government, he claimed. Referring to the Air Force strike on terror camps in Balakot on February 26, Shah said when pride engulfed the people and they celebrated with sweets and bursting crackers, a pall of gloom shrouded the places of Mahagathbandhan (grand alliance) people. Shah reiterated that Jamuu andf Kashmir is an integral part of India and no power on earth could separate it and when Modi government returns to power Article 370 will be scrapped.

Telling the people that the Congress wanted to remove sedition law, Shah asked the crowd where should be the place for tukde-tukde gang, the crowd responded—in jail. Continuing with his vacation jibe against Rahul Gandhi, Shah said the Congress president goes for vacation to foreign countries when mercury climbs; even his mother does not know where her son has gone. (AGENCIES)