Vidushi Dembi
The world is a poem.
I sit here, at 11 am, still tucked in my blanket, listening to the rain drops pattering on my roof. I listen to the sound of intermittently driving cars, some people passing by talking loudly and thumping music being played at a distance whose beats I can feel. The cars drive away swiftly while splashing the rain water on the roads all over. I wonder how weather must feel back home at this time of the year. I think about my family; do they also think about me?
Sitting in a room on a gloomy-rainy winter day, thousands of kilometres away from home, I close my eyes to remember what the winter sunshine that lit my home used to feel like on my face. I feel the warmth as I imagine myself sitting on the terrace, with smaller bouts of cold breeze in between, in the backdrop of birds chirping. I can now see the snow-capped mountains which formed the permanent vista for me when I was home. The breeze moved the trees ever so gracefully, I would watch them endlessly while they swayed. The droplets of sunshine made my face sparkle but my ears and nose red as hot blood rushed through my veins.
Winter sun is a beautiful poem.
Winter, especially the vacations, had a fixed routine. Every day my brother and I would wait for the clock to strike 11, so that we could go to the terrace and escape the chilling interiors of our house. We pulled out our favourite mat which we had nicknamed ‘Chatayu’ (given our obsession with Ramayan and puns) from the store room and shouted the same damn line – “Amma hum chhat pe jaarahehain!” (Mom we are going on the terrace) while we were already racing up the stairs. First 1 minute was a strategic discussion between us about the ideal place of optimum sunshine for keeping Chatayu, so that we would have to move it the least even as the sun changed places. Owing to our excellent decision, shortly the winter sun would make us hot enough to not need sweaters anymore. As kids, my brother played ‘throwing the tennis ball against the wall and catching it’ game on a loop while I read a book lying down peacefully. As we grew older, my brother switched to listening to songs and watching stand-up comedy videos on his phone. I stuck with reading.
After about an hour, we would have to squeeze in a bit as my dad walked in, carrying the radio in one hand and newspaper in the other. He had this incredible talent of consuming all the news he could from both sources simultaneously. Or maybe he just liked the sound of radio news while reading newspaper. In the next few minutes, we had to squeeze in some more, making way for my mom along with her veggies that she planned on cutting while enjoying the sun. Sometimes before starting with veggies, she would cut fruits for us all to have. She would go downstairs soon to make lunch, only to shout our names after half an hour indicating lunch was now ready. Dad would obey quicker; us siblings took some 2-3 rounds of shouting to finally go downstairs for lunch.
Half an hour of lunch and I was on my way back again. The sunshine would now be mild, with some breeze starting to kick in. But I enjoyed this amalgamation of the sun and the wind. To be cozier, I would bring a shawl with me, just in case the wind gets stronger. I sometimes resumed studying, sometimes just read a novel, sometimes wrote in my journal, a poem sometimes, and the other times I just lay down facing the sky. I remember seeing tiny jellyfish and starry particles dancing in my eyes after staring into the infinite blue for too long. I would look at the multiple helicopters passing by. I knew they flew from or to the nearby air force base, but in my head, I liked to imagine there was a war going on and I had spotted an enemy helicopter. My mind flew along with the bees and wasps and would imagine scenarios of the past, present and future.
And suddenly I would be back, thinking of how I landed in such a beautiful environment. Many times, while day dreaming, I would fall asleep with the shawl on my face. I would get up – cold from the wind and a milder sun, as I opened my eyes and saw the sky from the pores of my coloured shawl. My brother and I would often play badminton on the terrace, pretending to sound and behave like professional players. Sometimes mom and dad would also join us again to play some rounds of terrace cricket. After somebody hit a six and the ball was lost in the shrubs far away, my dad would doze off while listening to the radio, mom cleaning up veggies for dinner and brother would run to search the lost ball. And even though I would try to study or read, my mind would always get distracted, thinking how I landed up in such a beautiful place.
In this new land, thousands of kilometres away from home, the sun is a little shy. We play games where I predict when it would show up, but I mostly lose. But when it does, my face sparkles even more with the newly sown homely feeling.
The winter sun is my favourite poem.
feedbackexcelsior@gmail.com 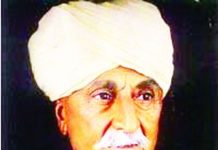 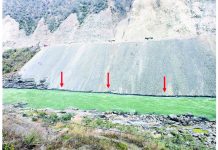 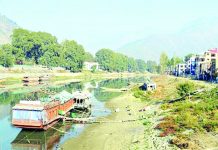 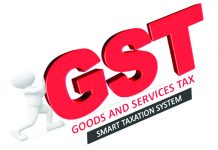 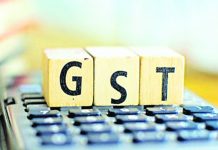 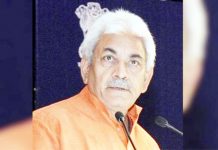