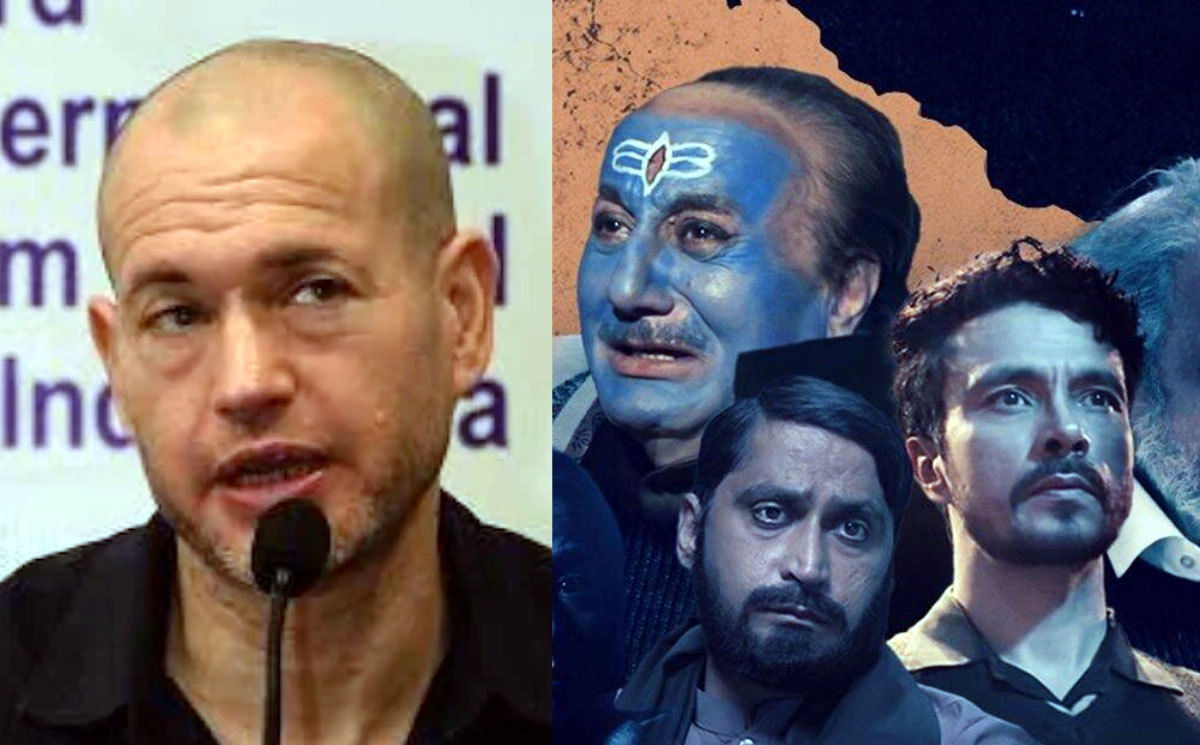 Jury member distances from statement
MUMBAI, Nov 29: The debate over “The Kashmir Files” will strengthen relations between India and Israel, Israel’s Consul General to Midwest India Kobbi Shoshani said on Tuesday while distancing himself and the state from filmmaker Nadav Lapid’s remarks on the film.
Shoshani, who shared the dais with actor Anupam Kher at a press conference here, said the “The Kashmir Files” is not propaganda but a “strong movie” that gives place to sufferings of the people of Kashmir.
Kher, part of the ensemble cast of “The Kashmir Files”, agreed, saying the controversy over Lapid terming the film “vulgar” and “propaganda” has brought India and Israel closer.
The Israeli director’s comments came at the closing ceremony of the International Film Festival of India (IFFI) in Goa on Monday.
“When somebody opposes certain things, you discover how together the two countries are. The brilliant gesture by the consul general to come here proves that this is a relationship. And it is a relationship of pain because both the countries have suffered exodus and Holocaust, which is the truth,” he said.
According to Shoshani, Kher represents what has happened in Kashmir with the Kashmiri Pandit community.
“The first person I called in the morning was Anupam Kher, my friend, just to apologise. Apologise about a speech that was a private opinion. It (Lapid’s remarks) has nothing to do with the state of Israel, officially and unofficially,” Shoshani told reporters.
Asked if the controversy will impact India-Israel ties, the diplomat said it will further cement the relationship.
“It was a damage, definitely we need to accept it. The ambassador made it very clear this morning and I did as well. It’s good that this raised the question of the people who suffered there in Kashmir. I have come here to give my support to my friends in India. India and Israel are full democracies. Freedom of speech is extremely important in both countries,” said Shoshani.
On Monday evening, Shoshani put out a Twitter post saying he differed with Lapid on the film and had told him so after his speech.
It was a “fantastic day for Israel”, said Shoshani referring to the premiere of season four of the critically-acclaimed Israel series “Fauda” at IFFI. Show creators Lior Raz and Avi Issacharoff also attended the closing ceremony last night.
Lapid’s comments, he said, had broken his heart.
Lapid, viewed as an anti-establishment filmmaker, was chairperson of the international competition jury at IFFI.
Hitting out at the Israeli filmmaker’s comments against his film, Kher called Lapid a “person who himself is vulgar and an opportunist”.
“If he himself does not like a film, you are most welcome to say it. But if you are a jury member, you cannot use words like ‘vulgar’, ‘propaganda’. The world has identified with the film, the pain and problems of Kashmiri Pandits which have been going on for the last 32 years,” the actor added.
Kher also brought in the “toolkit gang”, a reference to a Google document backing the farmers’ agitation of 2021 shared by environmental activist Greta Thunberg. The term came to be identified with anti-establishment voices.
“All these people belong to the ‘toolkit gang’. He gave a 30 second speech and it went viral,” Kher said, adding it was a planned move.
He said it was unfortunate that the festival was tainted by “one person who decided that he will take away the whole limelight”.
“The ‘Fauda’ cast was here, the show is very popular in India. We should have been celebrating their arrival to India. Unfortunately, we have to talk about something (like this). In every country which has freedom of speech, there are people who think they will use a platform like this,” the actor added.
Written and directed by Agnihotri and produced by Zee Studios, “The Kashmir Files” portrays the exodus of Kashmiri Hindus from Kashmir following the killings of people from the community by Pakistan-backed terrorists. The much discussed film, which polarised opinions following its March 11 release, is one of the most successful Hindi films of the year.
Indian film director Sudipto Sen, who was part of the international film jury, distanced himself and other members from Lapid’s statement.
“Whatever has been said by IFFI 2022 Jury Chairman Mr Nadav Lapid about the film Kashmir Files, from the stage of closing ceremony of 53rd IFFI was completely his personal opinion,” Sen wrote in a note shared on Twitter.(PTI)