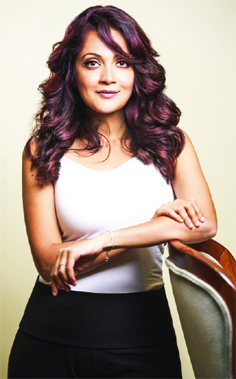 08Indian actress Sheena Chohan, who has been a part of Hollywood projects besides starring alongside Madhuri Dixit in The Fame Game on Netflix, recently interacted with
Souvik Ghosh.
You were recently working in the US. But we were in the middle of a pandemic and were locked down at home. So how did the lockdown period shape you as an actor?
It (lockdown period) made me realise how much I love being a part of stories- ‘films and web-series’ and to throw myself into it more, and also it gave me time to work on my craft and do a really amazing Hollywood online workshop with actors in LA – it was quite different and empowering.
Just simply learning various techniques and then trying them out in scenes. It was really fun and it changed a lot of the things I’d been doing, ever since my days in theatre, and all for the better. Best of all, I bagged a Hollywood film- Nomad- from those classes – which I wrapped up in the US for so long recently.
So, the main lesson I learned from lockdown was, even if you get stopped from moving towards something you want, immediately locate something else you want to create and start moving towards it – keep creating and maybe that original first stop will make you take a new turn which is better than before, but that positivity will occur only as long as you keep moving forward, no matter how many stops that life presents you with.
Was it a fangirl moment for you to star alongside Madhuri Dixit in The Fame Game?
Definitely! Dil To Pagal Hai! Hum Aapke Hain Kaun! She’s an absolute legend and I’ve watched almost everything she’s worked in , so it was wonderful to work with her. But she’s lovely and she made things very easy and effortless, so I like her even more now.
What’s the biggest takeaway from the two web series – The Fame Game and City of Dreams- you have been part of recently?
Girl-Power! Look how Madhuri and Sushmita Sen lead such an impactful and successful Webseries- it’s just completely the norm now for a woman to take the lead, but that would be unthinkable ten years back. Everyone was completely respectful on the set, highly professional – it’s a changed industry today and for the better.
Your first film was in Malayalam, The Train. Now the south Indian films are trading more than any other Indian language film. How do you see this? Is it because of the rise of south Indian films or a vacuum created by Bollywood or people are hungry for films post covid or anything else?
The South has always been crazy about films – when I did the Train with Mammootty I’d never seen anything like it – his fan base was just off the charts (when I posted a photo with him and called him a Superstar I got 100 unhappy comments saying that I shouldn’t insult him – he’s the one and only Megastar!) So, they’ve always been big and attracted huge amounts of love.
Why are they overtaking Bollywood in some ways now – they’ve been making amazing content that people relate to and what to see, simple! They are creating epics and also providing the escapism and fantasy that people want – their characters are relatable, stories are not hard to understand, and also there are still long held Indian values at their base, so all the best to them.
You have worked with Buddhadeb Dasgupta. Is there any Bengali director you like to work with now? Are diverse works taking place in this language?
Yes, I acted in two beautiful films directed by Buddhadeb Sir – what a genius and what an inspiring director . But don’t forget my other director, Mostofa Sarwar Farooki. I’m mentioning him because he’s rapidly becoming a legend and it was my great honour to play the lead in his film Ant Story which got bought by Netflix and for which I was nominated as Best Actress at the Dubai and Shanghai Film Festivals. Oh, and I also worked with the late great Bengali director Bappaditya Bandopadhyay, where I played one of the leads (Rajshri Deshpande is another) in his film Justice which is being released to international film festivals this year. I love working with Bengalis – they are such artists! And who would I love to work with? Konkona Sen Sharma! A Death in the Gunj was my favourite film of that entire year – totally artistry.
Do big directors excite you more or the roles?
It’s the roles and the story but then big directors become big because of the roles and stories they created …it’s ultimately their vision I’m bringing on screen.
Making a film is sometimes a 4 + month collaborative commitment – the role is what I am going to have to research, understand, then present my ideas and performance to the director on, then work day and night to mold those ideas into the director’s vision, while always bringing them new ideas and other angles to this character who they are imaganing within their full story. So, to be able to maintain that interest and excitement to want to bring a character to life – it’s got to be an interesting script/ story and working with a good director to collaborate with. There has to be layers and transformation there, which is luckily not only what I want, but also what the director and the audience want. (IBNS-TWF) 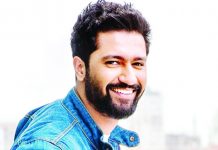